A total of 98 South Korean nationals were murdered overseas between 2014 and 2018, a third of them in the Philippines, Foreign Ministry data showed Thursday.

According to the ministry data submitted to Democratic Party of Korea Rep. Park Byeong-seug, 34 South Koreans were murdered in the Philippines over the five-year period. 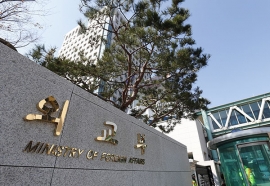 Park, a member of the Foreign Affairs and Unification Committee, said the Ministry of Foreign Affairs recently called in the Philippine ambassador over a 2016 kidnap-murder case.

In October 2016, a Korean businessman in his 50s, surnamed Ji, was abducted and strangled to death by a group of five people in the city of Angeles.

Current and former local police officers took part in the crime, falsely accusing Ji of a drug crime and taking him to a Philippine National Police station before killing him. His body was cremated and his ashes dumped into a toilet. His family paid 5 million pesos ($100,000) as ransom, believing he was alive.

The incident aroused great anger and shock in both countries, and Philippine President Rodrigo Duterte publicly apologized to the victim’s family, promising a thorough investigation and severe punishment for the perpetrators. The case is still in progress.