A book of more than 80 poems of late renowned South Korean poet Cho Ji-hoon was published in English in New York more than half a century after his death, his family said Friday. 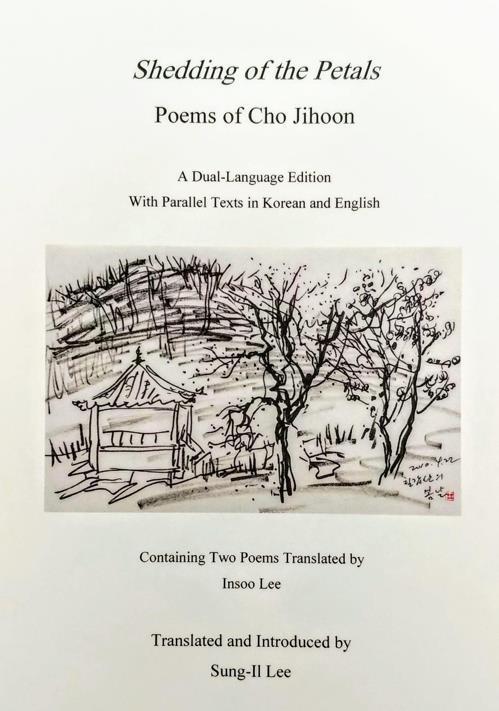 (Yonhap)
A ceremony celebrating the publication took place in New York on the day with the attendance of South Korea's Ambassador to the United Nations Cho Tae-yul, the third son of the poet, and his other family members.

The publishing company, Cross-Cultural Communications, published the book, entitled "Shedding of the Petals." It contains the poet's famous pieces, such as "The Vertex," "To My Illness," "An Ancient Temple" and "Petals on the Sleeves."

Cho, who was born in 1920 and passed away in 1968, is one of the most influential figures in the country's modern poetry community. He is also renowned for his extensive research on Korean cultural history.