Bodies of mother and son found inside refrigerator at fire scene

The bodies of a 62-year-old woman and her 35-year-old son were discovered Wednesday inside a fridge at an apartment that was burned down in Cheonan, South Chungcheong Province. No one else was injured in the fire. 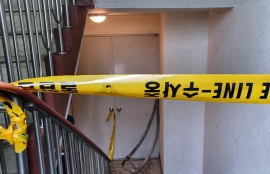 Local police said the fire erupted around 5:22 a.m. the same day, following an explosion at the unit located on the fifth floor of the apartment. In extinguishing the fire in about 40 minutes, firefighters found the two burnt bodies inside each compartment of the two-door refrigerator, lying sideways on the kitchen floor. The doors of the fridge were wide open, according to police.

Police have requested the National Forensic Service conduct autopsies of the corpses to determine the causes of deaths.

Investigations show that the two had been living together in the apartment. Police said the woman’s husband and elder son had long been living separately. 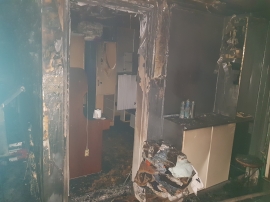 Authorities found a flammable substance close to the refrigerator and assume arson as a possible cause of the fire. They have collected the substance for further analysis.

The doors to the burning home were locked when firefighters arrived at the scene, and there was no evidence of breaking in from the outside, police said. Security footage in the building also showed no sign of persons other than the mother and son coming in or out of the home.