[ The Korea Herald – Send E-mail ]
SHINee, EXO, NCT 127 members to come together in one boy band in Oct.
By Yonhap
Published : Aug 8, 2019 - 14:49
Updated : Aug 8, 2019 - 14:49
In collaboration with an affiliate of American entertainment giant Universal Music Group, South Korea's biggest music label SM Entertainment will unveil a new boy band in Oct. that will bring together highly accomplished artists under its wing.

Under the joint project with the US-based Capitol Music Group (CMG), home for such famous music acts as Katy Perry and the Beatles, SM will globally launch the seven-member band SuperM, SM said in a press release. 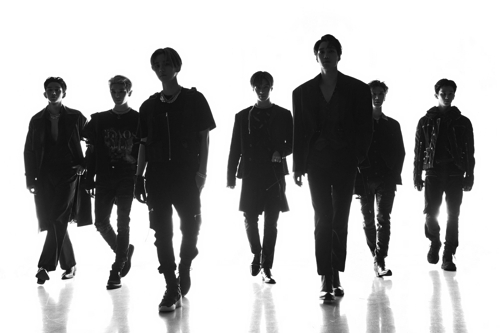 (SM Entertainment)
The dream team's lineup is made up of Taemin of SHINee and Baekhyun and Kai from EXO, Taeyong and Mark from NCT 127 as well as Ten and Lucas from WayV, a China-based band created by SM.

The letter M in the band name indicates "matrix & master" for the synergy the team will have by bringing together the seven talented, established artists.

Lee Soo-man, SM's chief and a former singer, will be producing the music for SuperM, which, after its debut intended for Oct., will promote itself both in Korea and the United States, SM said.

Appearing at CMG's conference Capitol Congress 2019 earlier this month, Lee elaborated on his vision for SuperM.

"SuperM will be presenting a different music, and the outstanding dance, vocals and rap of each SuperM member will showcase the core values of K-pop in terms of performance, fashion and visual (effects)," SM quoted Lee as having said during the event.

CMG Chairman Steve Barnett also touted SuperM's debut as the most high-profile American debut by any Asian band, according to SM. (Yonhap)