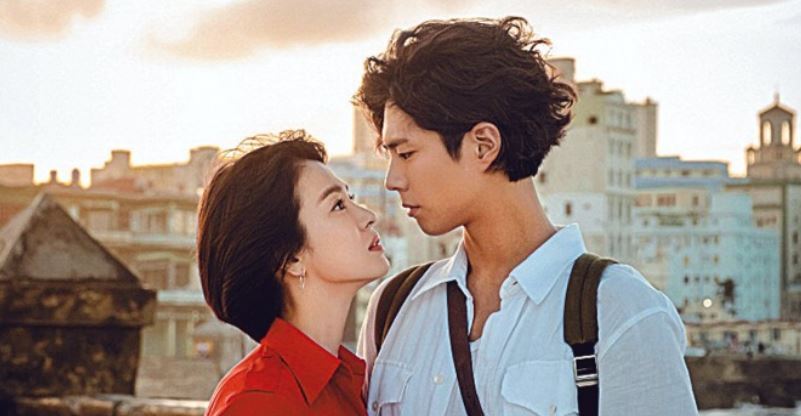 (tvN)
“The script was great. Along with producer Park Shin-woo, I thought the results could be beyond imagination,” she said at the event in November. “With Park Bo-gum, I knew the production would be great.

“Song Joong-ki encouraged me to do my best, and said he would watch the drama,” she said. “I had to lose some weight, to look nice (next to) Park Bo-gum.”

Park Bo-gum said, “I am shooting without feeling overwhelmed, as Song Joong-ki advised me. I will support ‘Arthdal Chronicles’ (Song Joong-ki’s new drama). Cheers for both shows.”

Park Bo-gum and Song Joong-ki are known to be close, and both are represented by the same management agency, Blossom Entertainment.