South Korean battery manufacturers on Tuesday expressed optimism after receiving government approval to resume business in the area of energy storage systems, after being forced to suspend it due to a probe into a series of fires at 23 ESS facilities.

After suffering losses in the first quarter of this year largely because of delayed supplies, the country’s two major ESS providers, Samsung SDI and LG Chem, are expected to resume business in the second half of the year in hopes of recovering earnings, according to the industry.

Instead of holding the manufacturers accountable for fires at the ESS facilities, the government is requiring both manufacturers and customers to comply with enhanced safety guidelines.

“This is the first time that the industry is being subject to government-issued certifications and safety guidelines,” said an industry official. “The latest probe and follow-up measures will help the ESS industry grow in the long term after suffering.”

The Ministry of Trade, Industry and Energy had found defects in the manufacturing process for battery cells used at one of the ESS facilities. There were also problems with a facility’s rack fuses, which are designed to function as a safety system for the battery cells inside in the event of external shocks. 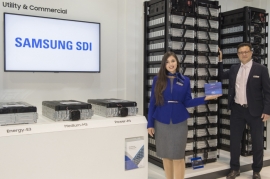 However, the government had concluded that these defects did not directly cause the fires, based on the fact that no fire occurred during verification tests in which the defects were examined.

Samsung SDI said in a conference call for first-quarter earnings that its operating profit had halved compared with the previous quarter because ESS orders were suspended due to the probe.

“The government’s investigation would require more responsibility from the manufacturers as well as (for them) to ensure greater safety,” said another industry insider. “Overall, the conclusion seems reasonable for the industry, and we expect the ESS business to go smoothly in the second quarter.” 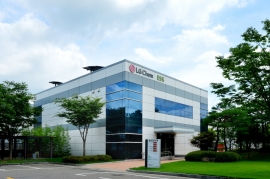 Along with the electric vehicle sector, the ESS sector is emerging as a lucrative one in the energy industry, with around 30 percent growth every year.

Samsung SDI accounts for around 43 percent of the global ESS market, while LG Chem takes up about 37 percent, according to estimates by the financial industry.

SK Innovation, a newcomer in the lithium-ion battery industry, has announced that it will enter the ESS business with the goal of achieving a 25 percent increase in sales from batteries.