On May 21, lawmaker Ahn Gyu-back of the ruling Democratic Party of Korea co-submitted a bill proposing the installation of closed-circuit cameras and the management in hospital operating rooms for a second time, after the same bill was discarded May 15 a day after its proposal, as five of the drafters withdrew support.

In a June 4 interview with public broadcaster KBS, Rep. Ahn said he has faced protests from doctors since drafting the bill. 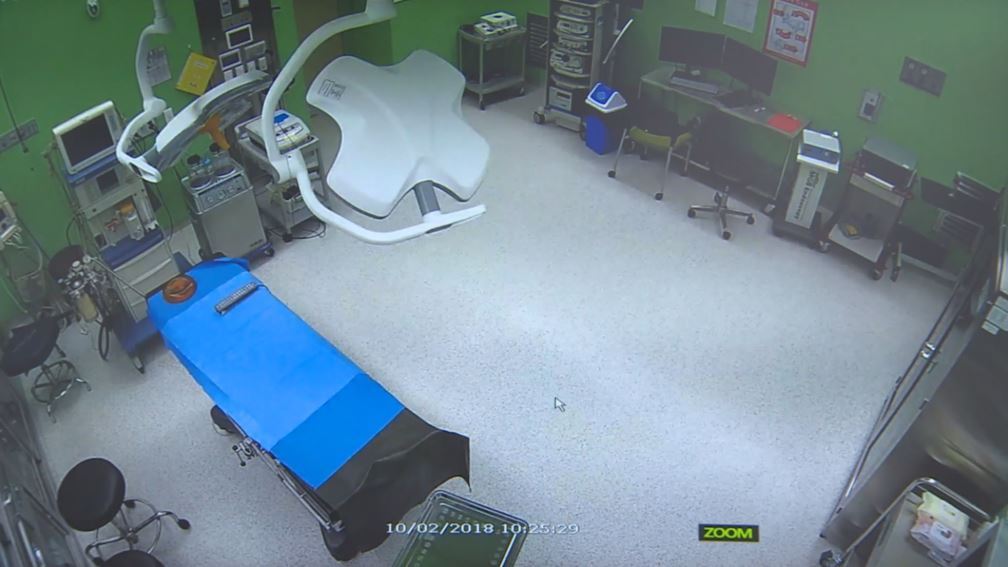 (Yonhap)
The Korean Intern Resident Association conducted a survey of 866 resident physicians at 90 training hospitals from May 24 to 28 and found that a vast majority of young doctors are against CCTV cameras in operating rooms. According to the survey, 81.2 percent of residents responded that installing CCTV in operating rooms was not necessary. The 15.01 percent who replied that CCTV installation is necessary said it should be a choice rather than obligation.

Those who opposed CCTV installation did so on grounds of violations of privacy and the encouragement of passivity during operations.

However, calls for action to root out medical misconduct are growing, with CCTV in operating rooms cited as a relevant measure.

An online petition on the Cheong Wa Dae website calling for legislation of mandatory CCTV systems in surgery rooms, posted May 21 by the mother of a medical malpractice victim named Kwon Dae-hee, had garnered some 8,740 signatures as of Sunday morning.

Kwon died from excessive bleeding during a surgical procedure at a plastic surgery clinic in the district of Gangnam, Seoul, in September 2016. A review of CCTV footage revealed that the surgeon carried out operations on multiple patients simultaneously and left the operating room mid-procedure, leaving a nursing auxiliary in charge. On May 29, Seoul Central District Court ordered the clinic to pay 430 million won ($360,000) in compensation to the victim’s family.

Since September last year Gov. Lee has pushed for a policy requiring CCTV placement inside operating rooms at the province’s public hospitals. As of May 1, all of the operating rooms at six hospitals under the state-run Gyeonggi Provincial Medical Center have CCTV systems, making them the first public medical institutes in the country to do so. The cameras are run only with the consent of the patient.

On May 29, the Korean Medical Association also released a statement objecting to the bill on grounds that the presence of surveillance cameras could interfere with surgeons’ concentration during operations and lead to a drop in surgeons’ willingness to perform operations.

On the other hand, Korea’s Alliance of Patients said the bill is necessary, as CCTV footage could offer the only proof for victims in cases of medical disputes. They added that opposing CCTV in operating rooms for patients’ protection while allowing its installation in emergency rooms and doctors’ rooms for protection of medical staff has little ground.