Gyeonggi Nambu Provincial Police Agency, which is investigating Park’s case, received the test result from the National Forensic Service on Monday. Police are seeking an arrest warrant for Park.

The hair sample, taken from his leg, was collected April 16 and sent for examination. A urine drug test earlier that day had returned a negative result. 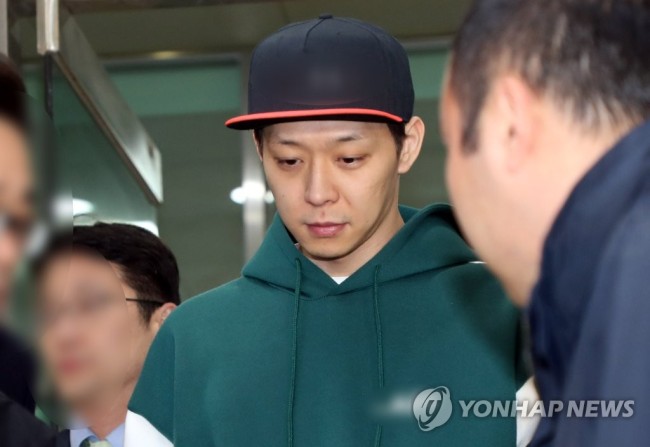 Park Yoo-chun leaves a police station after a second interrogation on Thursday. (Yonhap)

The 33-year-old K-pop star and his ex-fiancee Hwang Ha-na have been under investigation for the alleged use of methamphetamine together.

The positive test result came after security video footage revealed that Park had picked up a package after apparently wiring money to a drug dealer’s bank account. He refuted the notion that the footage was linked to the purchase of drugs.

“There was evidence that supports his purchase of drugs, but there wasn’t enough verification to prove his drug-taking. This result will corroborate Park’s drug use,” a police officer said. “We asked for an arrest warrant because of concerns that Park, who has denied any wrongdoing so far, might attempt to get rid of evidence.”

A court hearing to review whether to arrest Park will be held as early as Wednesday.