The Korea Institute of S&T Evaluation and Planning said its evaluation was compared against one done on the 34 member states of the Organization for Economic Cooperation and Development last year. 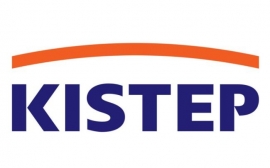 The evaluation was based on five categories: research environment, support from both the public and private sectors, quality of work carried out by scientists and engineers, the results of research and overall network capabilities, KISTEP said.

The United States came in first in 2018, followed by Switzerland, Japan, Israel, Germany and the Netherlands, according to the KISTEP.