According to Cheonan city government and police on Tuesday, a manager of the building first spotted the dead dogs at the studio apartment on Jan. 21 while he visited to meet the tenant who had long overdue rent. 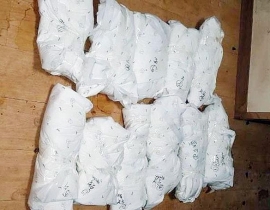 The 11 Maltese carcasses were scattered in the apartment, while one dog was found still alive. The dog was rushed to an animal hospital, but is suffering from hypoglycemia and anemia. No evidence of abuse was found on the dead bodies, police said.

A probe by the Animal and Plant Quarantine Agency found the dogs died from malnutrition.

Police said the tenant seemed to have left the apartment due to the unpaid rent, leaving the dogs behind. Police are looking into the person’s whereabouts.