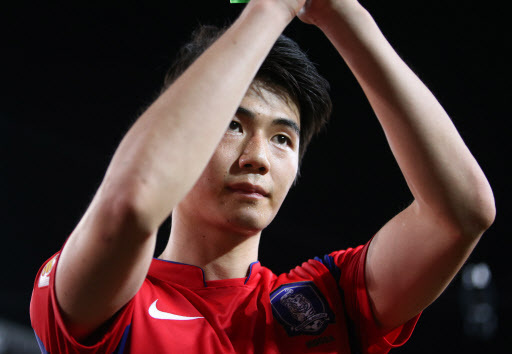 In a letter sent to the Korea Football Association (KFA), Ki made it official that he will no longer play for South Korea.

"With the 2019 Asian Football Confederation (AFC) Asian Cup being my last event, I'm laying down the big honor and responsibility of the national team," Ki said in his letter to the KFA. "In my football career, the national team was more valuable than anything else. I want to thank fans who have loved and supported me for all this time."

Ki, 30, hinted at national team retirement after the 2018 FIFA World Cup in Russia. However, following persuasion from new head coach Paulo Bento, he decided to compete at the 2019 Asian Cup in the United Arab Emirates (UAE) as his last international event.

But Ki only played in the opening match against the Philippines on Jan. 7 and had to withdraw from his third continental tournament due to a hamstring injury. South Korea were later eliminated in the quarterfinals in a loss to Qatar.

"The national team is having a difficult time after we failed to meet fans' expectations at the Asian Cup, but I believe our players will overcome the difficulties under Bento's guidance," he said. "Now, I will be one of the football fans who support the national team and will wish the best for South Korean football."

Despite international retirement, Ki said he will keep working hard to show his best performance with his club, Newcastle United, in the English Premier League.

Ki made his international debut on Sept. 5, 2008, in a friendly match against Jordan. He went on to play 110 matches and score 10 goals for South Korea.