A key hurdle the Korean economy faces is the fast-aging population.

One way to coax a soft-landing of this problem is to speed up deregulation so that local startups can carry out innovation and improve productivity, according to Startup Alliance Korea Managing Director Lim Jung-wook. 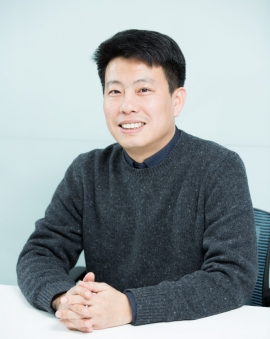 “Considering how fast South Korea is aging, we really should have a sense of urgency. Instead of spending too much time and energy fighting superficial issues such as whether or not to allow carpooling services, we need to contemplate on how to improve productivity in the era of a rapidly aging society, Lim told The Korea Herald in a recent interview.

Heavy red tape is preventing startups from adopting new technologies and services, putting South Korea behind other countries and also hindering its preparations to become an aged society, he emphasized.

“I think Koreans think that their life after retirement is not secure enough. That’s why they are very sensitive about job security. But this prevents the country from getting ready as an aged society,” Lim said.

“The entire industry is transforming. Just dealing with issues like carpooling shouldn’t be the goal.”

For instance, other countries are already discussing how to integrate remote medical services, which are becoming more important as the population gets old, into the insurance scheme, while such services are held back by regulations here, he said.

South Korea became an aged society in 2017, with the population aged 65 and above accounting for more than 14 percent of the total population, only 17 years after it entered the aging society, according to Statistics Korea in August. The country, which is suffering from a decline in birth rate and working population, is estimated to become a super-aged society in 2026.

Despite increased activities by startups and investments by venture capitalists last year, South Korea still lacks an exit system for investments and diversifying the methods would stimulate the entire startup ecosystem, Lim said.

“There have been no noticeable mergers and acquisitions worth 100 billion won ($89.56 million) or more or initial public offerings. The investment market was hot, but the exit system was disappointing.”

The emergence and demise of blockchain last year was quite impressive, he said.

“There were so many conferences on blockchain, cryptocurrencies and initial coin offerings, and just in the blink of the eye the fever was gone. It is an interesting technology, but it was just too rosy.”