South Korean parents’ enthusiasm for child education goes back as far as the moment they are born.

Such is the sentiment that propels the infants and toddlers’ educative playthings markets in Korea, which now has toys for 1-year-olds to play with to learn how to code.

The difference in the niche yet lucrative market for toddlers is that it is designed as a toy but with great promises of educational benefits. 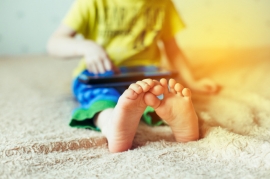 “I want my daughters to learn through playing, which is why I buy them educational toys,” said Lee Hyun-hwa, a 31-year-old who was mingling with the other young mothers at a kids’ cafe in Gangnam, Seoul, on a Tuesday evening.

“I don’t buy my daughters ordinary toys. I don’t let them watch TV that shows these toys. When we go to the supermarket, I avoid the children’s toy aisles,” Lee said.

“They don’t know about other toys at all, so they can’t ask to have them,” Lee said. For her kids, the Montessori toys are the only toys that exist.

The blocks are based on a method developed by educator Maria Montessori over 100 years ago, which is among the most followed educational philosophies along with Froebel, and hence applied in many educational materials.

Several companies that design and manufacture preschool educational toys follow the doctrine. These companies often have Ministry of Health and Welfare approval. Most of them won awards from the governmental institution. A set of toys claiming to develop children’s motor skills range from 300,000 won ($265) to well over 800,000 won. 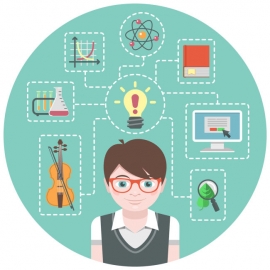 “For the money I could buy them single-use toys, I would get them a more lasting play material,” Lee said, referring to dolls and toy trucks as only good in short-term. “I want my daughters to see study materials as source of fun,” Lee said.

Choi He-seong, 39, a father of a 1-year-old boy, is more keen towards a more technologically advanced approach.

“I think there is value in the traditional educative toys such as the ones that follow the Montessori philosophy or Froebel,” Choi's wife Hwang said, “But now is a digital era. There are more advanced ways kids can take in knowledge.”

Telecommunications firm LG Uplus has recently launched a children’s story book function for household televisions decked with their network. The software reads a child’s drawing and incorporates it as a character in a story presented on TV screens.

Roborobo, a firm that specializes in making toys for kids to learn how to code, targets babies age 0-3. The firm is listed in Korea’s second-tier stock exchange Kosdaq and has launched products in Southeast Asia.

On Instagram, if one searches the Roborobo name, one of the many results shows a 50-month-old boy assembling robots using Roborobo products. With immense popularity among parents, Roborobo manufactures and sells robotic products targeting toddlers and elementary school students, as well as coding packages designed to make the computer language “easy and fun” for kids.

The forces of the educational toy market show no sign of abating with the fields ranging from mathematics to arts and even geography.

The demands have transpired into social networking trends, with one Korean mother being followed by over 100,000 on Instagram by posting reviews of educative toys. YouTube also has channels dedicated to showing viewers how to make toys with or for their young ones to help stimulate their intellect.

Kim Jeong-hee, who has a 3-year-old son, said while she had not yet bought any educational materials for the child, she was now seriously contemplating it.

“I am going to continue to buy toys for my son anyway. Why not make them more educational ones as long as he enjoys them? It doesn’t hurt to try.”