The focus of these plans will be 31 harbors designated for trade and 29 for domestic logistics, according to the Ministry of Oceans and Fisheries.

The ministry said it would be the nation’s fourth port improvement project. “By reinforcing their comprehensive logistics functions, harbors will gain competitiveness on the international stage,” said Rim Hyun-cheol, a director general with the ministry.

Rim predicts that the project will create many jobs and generate considerable added value if the government expands related infrastructure in a timely manner.

The development of smart harbors is a way of preparing for the coming “fourth industrial revolution” era, when harbors will need to be equipped with state-of-the-art technologies such as artificial intelligence, the internet of things and robotics. Some of the harbors will have anchoring facilities for eco-friendly LNG-fueled vessels and inbound and outbound cruise ships.

In the short term, Korea’s goal is to rebound back into the world’s top five shipping nations by bringing in $50 billion (56 trillion won) by 2022 and handling 1.7 metric tons of cargo at its ports. 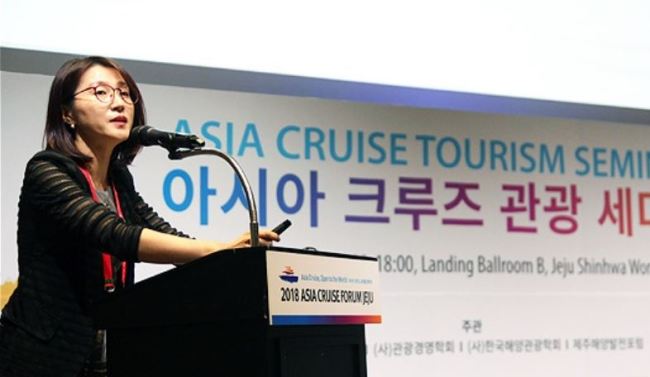 A Japanese expert at the seminar said cruise tourism had expanded rapidly over the past few years in locations such as Okinawa, Nagasaki, Shanghai and Taipei. Participants shared the view that Korean ports should be able to absorb the growing demand for maritime tourism.

The Maritime Ministry has actively increased the budget for cruise terminals at major ports.

In September, the ministry held an opening ceremony for a cruise-only terminal at Busan North Port in the city’s Yeongdo district. It allocated 5.3 billion won out of its 89.6 billion won budget for improvements to the Busan and Busan North ports. As early as the second quarter of this year, the nation’s largest-scale cruise terminal will open in Songdo, Incheon, while international cruise terminals are located in the ports of Sokcho, Jeju and Seogwipo’s Gangjeong. 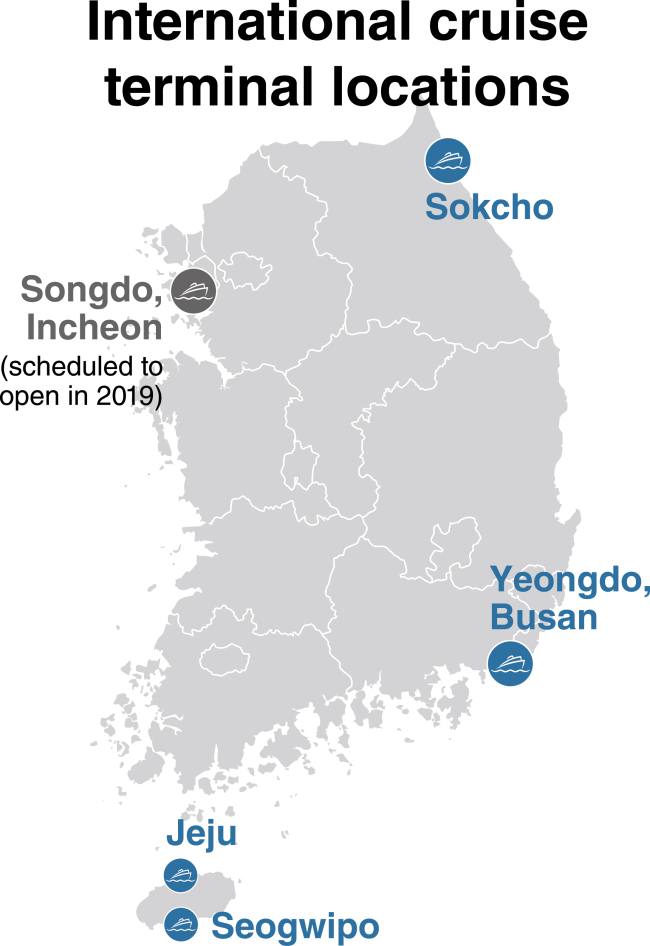 (Korea Herald)
On the initiative of Oceans Minister Kim Young-choon, Korea is also vitalizing interchanges with senior officials from China and Japan. In July, vice ministers from all three countries discussed cooperation in this area during the Ministerial Conference on Transport and Logistics in Seoul.

Their joint statement mentioned “tripartite efforts for the Fourth Industrial Revolution in transport technology,” which the Korean government suggested as a way for the three countries to work together to address global issues such as maritime autonomous surface ships -- ships that can operate with varying levels of independence from humans.

All three countries wish to become leaders in the global market, the statement notes, and to develop norms in advanced transport technology by establishing international rules.

Vice Minister Kang Joon-suk of Korea’s Oceans Ministry said the “peaceful mood in Northeast Asia, driven by the recent detente on the Korean Peninsula, will (facilitate) tripartite cooperation in transport and logistics.”