SEJONG -- Major South Korean builders are making inroads into overseas emerging markets to foster new residential towns on the back of pacts signed between the Land Ministry and its counterparts in South America, the Middle East, Africa and Asia.

The residential towns to be built across the globe are “Korean-style smart towns” that integrate high-end apartments with technologies.

One noteworthy development project is underway in Paraguay, whose Housing and Habitat Minister Soledad Nunez has finalized talks with the Korea International Cooperation Agency on rehabilitating the region around Paraguay River in its capital Asuncion. 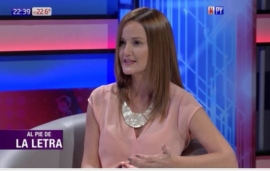 KOICA is poised to deliver its detailed plan to the Paraguayan government in the coming months, under which a new town will be built there with business expense of $3.5 million. In 2019, several Korean constructors are expected to join the technology export project.

A group of senior officials from the South American country visited Korean new towns, such as Bundang in Seongnam City and Dongtan in Hwaseong City, last June.

“Their visit could be a timely opportunity for local companies to tap the overseas market, as we showcased futuristic technologies and infrastructure,” LH, which invited the foreign delegation, said in a statement.

Paraguay’s neighboring country, Bolivia, has already initiated talks with LH on apartment complex construction. The town that is to be built in Bolivia’s eastern region of Santa Cruz will cover 56 square kilometers and target 450,000 potential residents, with operating expenses of 3.5 trillion won.

According to the Land Ministry, the new residential city will be about threefold larger than average Korean new towns, like the Bundang ward in Gyeonggi Province.

“The Bolivian project holds significance, as it marks the first advancement of the Korean-style new town in South and Central America,” said an official from the Government Sejong Complex.

The builder is pushing for the construction of a 100,000-unit new apartment project in Saudi Arabia. It has also tapped the Algerian market. Daewoo E&C will take the initiative in fostering “smart-housing” infrastructure in an administrative city candidate of the North African country.

In addition, the company has signed a memorandum of understanding with a Vietnamese counterpart on building multiple new towns in Hanoi. Injecting $2.2 billion into the project, the builder will foster residential apartment complexes, government agencies, schools and cultural facilities.

Hanwha E&C is set to start rehabilitation of Iraqi’s Bismayah area, which involves providing more than 100,000 homes, 290 educational institutes and medical centers. A company spokesman estimated that building costs would be close to $8 billion, more than 10 percent of South Korea’s combined overseas construction orders worth $70 billion.

Hanwha has been in talks with Indonesia for similar projects, while Hyundai E&C and GS E&C are targeting housing complexes in Vietnam.

Lotte Group has advanced to Chengdu, China, where it plans to build an apartment complex for 1,428 households and commercial facilities, such as shopping mall and hotels. Daelim Industrial is focusing on a location in Nepal.

In addition, officials from Kuwait and India are discussing ways to cooperate with LH on “smart-oriented” housing complexes.