Questions from this year’s English test for the Suneung, South Korea’s national college entrance exam, have baffled the internet community, including many Native English speakers.

Final-year high school students all across South Korea took the exam Thursday, but many still cannot get over the difficulty of the English exam. 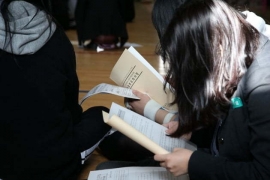 “When are we going to stop taking these exams with extremely difficult sentences that we are most likely not to encounter?” one user commented on web portal Naver.

“It is almost as if they think that the most convoluted writing is the highest standard of the language,” one Twitter user said in reacting to a multiple-choice question from this year’s test.

Another Twitter user had a more humorous response, simply asking, “What the hell was that?”

One paragraph from this year’s tests began: “Heritage is concerned with the ways in which very selective material artefacts, mythologies, memories and traditions become resources for the present.”

In response, one twitter user said, “I heard this is from this year’s English test for Suneung and I had to stop reading after the first two or three paragraphs because it got my eyes rolling.”

According to an analysis by major Suneung preparation academy Jinhaksa, this year’s English test was more difficult than last year’s.

“Unlike last year’s, the passages weren’t easy to comprehend and the answers were harder to find, which means mid-level students might have been pressed for time,” the analysis read.

Popular YouTuber Korean Englishman also chimed in, with a video on the Suneung English test that has gone viral. 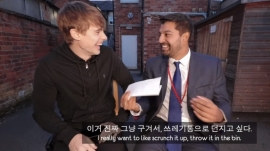 During the video, Korean Englishman, whose real name is Joshua Daryl Carrott, asks a number of British people what they thought of South Korea’s university entrance exam for English. 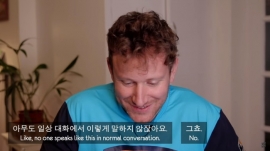 “The question in my head that repeats is ‘Why?’” an English teacher identified as Sho says. “What use is this? The time pressure adds nothing.”

In the same video, Matt, also an English teacher, comments, “I can imagine few scenarios that it might be helpful. But I can’t think of many where you’re gonna be in that much time pressure to read and understand.”