BTS hit the red carpet at the 2018 MBC Plus x Genie Music Awards, with multiple wins on the horizon.

(Shot and edited by Park Ju-young / The Korea Herald) 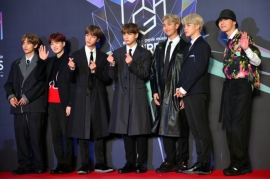 Fans and reporters were crowding the venue in Incheon hours before the red carpet officially began at 5 p.m. on Tuesday.

BTS is the creme de la creme of the superstars lined up for the event. 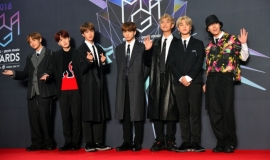 The boy band won the No.1 spot in seven categories, including boy group of the year, best-selling artist, and artist of the year -- the last of which is the highest honor of the night. The Billboard-topping single “Idol” won the group best dance of the year for male groups, “Fake Love” the best rap/hip-hop and “Love Yourself: Answer” the digital album.

The winner of each category is decided by a popular vote, expert analysis and music streaming data, among other factors.

A joint performance by BTS and US singer-songwriter Charlie Puth will be the headline event at MGA, one of the first year-end music awards of 2018.