The “fourth industrial revolution” is the hottest buzzword of 2018 in Korea.

The fourth industrial revolution received people’s attention after artificial intelligence AlphaGo beat Lee Se-dol in a historic series of Go matches in 2016. In the era of the fourth industrial revolution, people’s everyday lives are translated into big data, which is then analyzed by sophisticated AI. It enables individuals to receive products and services tailored to their idiosyncratic features and demands.

Companies produce disruptive innovations leading to reduced production costs and enhanced consumer welfare. Nonetheless, we should not overlook the side effects. Due to the “network effect,” the first mover is very likely to dominate the whole market. Hence, while Korea needs policies to nurture an environment where the fourth industrial revolution can thrive, Korea also needs the competition authority to play a pivotal role in fostering a level playing field, thereby realizing its full potential.

In response to this, the Korea Fair Trade Commission will host the 10th Seoul International Competition Forum on Sept. 13, inviting renowned global experts in antitrust from competition authorities, academia and legal circles, as well as international organizations such as the Organization for Economic Cooperation and Development.

The forum will be dedicated to discussing competition issues related to big data and algorithms that represent the fourth industrial revolution. Furthermore, each country will share its experiences on competition enforcement and civil means of relief, which are being highlighted in the local community.

The first topic is “Roles and Anti-competitiveness of Big Data in Digital Economy.” With digital transformation, we are seeing the convergence of big data, the internet of things and cloud computing that creates a massive shift toward disruptive innovation by companies. For example, online retailers collect vast amounts of user data such as purchasing history, browsing history, addresses, etc., combine them with other data such as weather and public holidays, then deliver personalized experiences to customers. 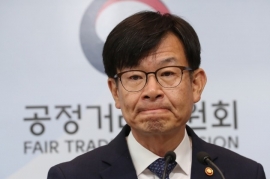 Big data enhances consumer benefits and increases sales. However, concerns are being raised on the abuse of big data. The network effect through information dominance may make the entry of new businesses difficult and strengthen the leading businesses’ monopolistic and oligopolistic position. However, due to the market’s multifaceted character and the network effect, big data-related issues are difficult to regulate through traditional analytic tools of competition law. A competition authority is responsible for striking the right balance to intervene between the goods and evils of big data. In this session, discussions will focus on finding ways to minimize anti-competitive effects while maintaining positive impacts of big data.

The second topic of the forum is “Algorithms and Competition Enforcement.”

Algorithms allow companies optimal decision-making by predicting the future, thereby enhancing efficiency in the market. On the other hand, they entail some risks, such as algorithmic cartels.

A case in point is Uber. Uber provides an app-based taxi service using a pricing algorithm that charges different fares depending on changing demand, like during rush hour. There is a heated debate in the US on whether applying fares using the algorithm developed by Uber constitutes a cartel. Participants will talk about whether it constitutes a cartel without a direct agreement among companies, where the responsibility lies and, finally, come up with effective regulations.

In regards to the third topic, the panel will discuss “Implementation of Civil Means for Competition Enforcement and their Efficiency.”

Competition enforcement in Korea has been mainly reliant on the KFTC’s administrative measures. However, it is indispensable to encourage private enforcement to make deterrence more effective.

In particular, due to the secretive nature of cartels that makes detection difficult, private enforcement should be encouraged to raise the expected cost of cartels. It is a global phenomenon to reinforce competition enforcement through civil means, and Korea is no exception.

Last month, the revised bill for the Monopoly Regulation and Fair Trade Act passed the National Assembly, in which punitive damages are awarded for harm inflicted by cartels. Also, the KFTC is attempting to make class action suits available concerning cartels. This session will be dedicated to discussing issues related to civil means encountered by the respective countries, and how to design an effective system to enhance deterrence.

For the first time in 38 years since its enactment, the KFTC has gone through a complete revision of the MRFTA and issued advance notice of proposed rulemaking. The revision was guided by the decision that a new regulatory framework is needed to regulate a changing economy in the 21st century.

Obviously enough, antitrust enforcers worldwide will have similar concerns. We will have fervent discussions on the pressing challenges of our time. I hope for this forum to serve as a great opportunity to find the keys to those problems.