Now comes the hard part for Japan, which is pledging to win 30 gold medals at the 2020 Tokyo Olympics.

Japan is sure to get a "medal bounce" as the Olympic host country. But how big? China got a giant one at the 2008 Beijing Olympics, and Britain capitalized in 2012 in London.

Even Brazil got a slight boost two years ago in Rio de Janeiro, despite the country being dragged down by a deep recession and a massive corruption scandal.

This matches Japan's best gold-medal performance at the Asian Games in 44 years, and just three short of the 78 it won 52 years ago in Bangkok. But this was before the arrival of China as Asia's power. 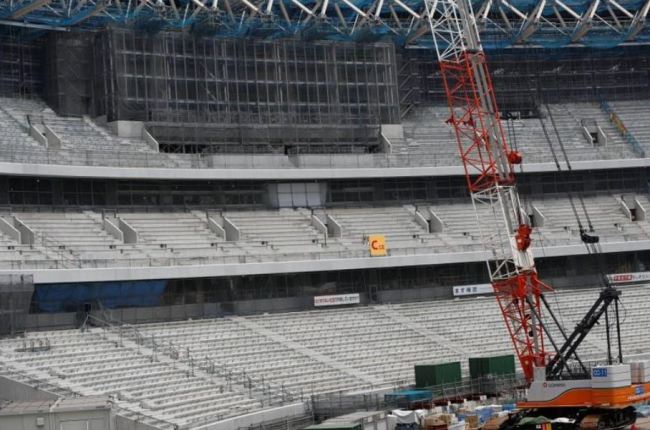 Part of the public seating area and a huge screen are seen at the construction site of the New National Stadium, the main stadium of Tokyo 2020 Olympics and Paralympics, during a media opportunity in Tokyo, Japan July 18, 2018. (Reuters)

Will this translate to Tokyo where China and the United States are sure to be on top?

"This is far better than we expected," Yasuhiro Yamashita, head of the Japan delegation, said through an interpreter. "But achieving 75 gold medals at the Asian Games doesn't mean 30 golds at the Olympics."

"We cannot be overconfident," he added. "This is one of our enemies."

"This is not an unrealistic goal," Yamashita said. "It was established calmly and carefully by analyzing each team and athlete." He said results could change funding for sports and athletes in the two-year run-up to Tokyo.

Swimming earned Japan 19 gold medals _ six by butterfly and freestyle swimmer Rikako Ikee _ and 52 overall, two ahead of China. This is one of the country's seven core Olympic sports along with judo, badminton, track and field, gymnastics, table tennis and wrestling.

"Our swimmers, they gave us a flying start," Yamashita said.

It also had surprises, winning both field hockey gold medals _ a first in any large event; gold in women's rugby sevens and silver for men; a rare gold in women's team badminton. All could offer promise for Tokyo.

China, Japan and South Korea dominated, as always. But several other nations closed ground slowly on the Big Three.

Japan won gold in team triathlon in the only event on Sunday just hours ahead of the closing ceremony. South Korea took silver.

The Big Three were followed in the gold-medal ranking order by: Indonesia (31), Uzbekistan (21), Iran (20) and Taiwan (17). India and Kazakhstan each had 15 followed by North Korea and Bahrain with 12.

The combined Koreas won four overall, the best good-news story of the games. The lone gold was in dragon boat racing.

A combined Koreas women's hockey team at the Winter Olympics six month ago made headlines but did not earn a medal.

He said only two other countries had expressed interest _ India and Germany _ with formal bid still years away. The winner would be picked in 2025.

"You see that Indonesia is on the move," Bach said "And you see the enthusiasm of the people. It's a very young country. This of course also makes it very interesting for the IOC." (AP)