Seesawing between extreme highs and lows, the band dives deep into dark human emotions of angst and touches on societal illnesses. But it also coos about hope and lasting love in the most sophisticated language, as if trying to say life’s not always miserable.

Celebrating 20 years in the music scene, the band -- vocalist Kim Yoon-ah, bassist Kim Jin-man and guitarist Lee Sun-kyu -- returned with a self-titled full-length album, its 10th overall and first in five years, Friday. As it has always done, the band’s new album carefully observes the complexities of life and society under its microscope. And where do the sample slides come from? 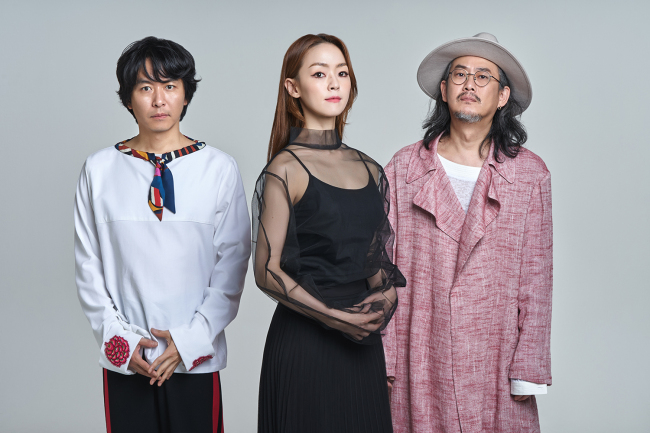 Jaurim (Interpark Entertainment)
“It’s social media, my biggest inspiration for music,” said Kim Yoon-ah in an interview with The Korea Herald in Seoul on Thursday.

Introducing herself as a social media addict, the vocalist said she is inspired by peering into others’ lives via social media, not by talking about herself. Through the empathetic process, the stories blossom into music that speaks across time and generations.

“I follow ordinary people on social media, a raw platform where I can directly see their concerns and what kind of things they’re interested in. Me, as a hyena that always preys on musical inspirations, social media is a perfect hunting ground,” she said.

While “ANAI,” and “Forever and Ever” from the 10-track album are about sweeping emotions, the socially conscious band also acutely pinches on the negative sides of Korean society that seethes with hatred and anger in “The Age of Mad Dogs.”

As an avid watcher of the news, Kim Yoon-ah said it was natural for her, as a member of society, to talk and think about what occurs around us. And she didn’t hesitate to share her candid thoughts on Korean society.

“I can’t stand this world that is full of anger. This society is so different from when we were in our 20s. Numerical figures show that the nation is growing, but the actual society we are living in is not. Starting salaries haven’t changed for the last 20 years, which is ridiculous. I feel so frustrated. And honestly, I don’t think the younger generation even have a proper role model to look up to,” the 44-year-old singer explained. 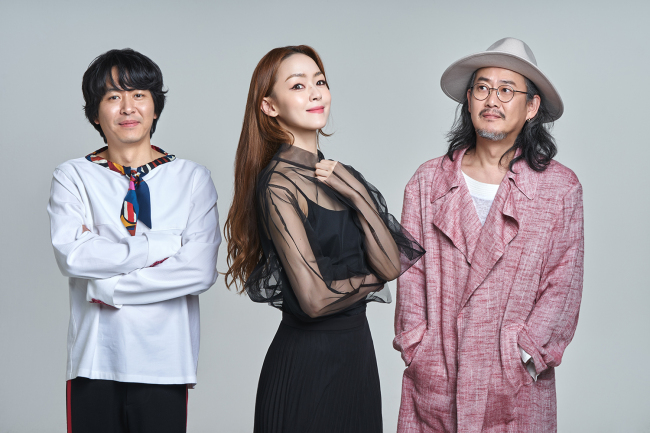 Jaurim (Interpark Entertainment)
Having soared from the indie scene in 1997 with “Hey Hey Hey,” which appeared on the soundtrack of hit drama series “A Man Who Is Holding Flowers,” Jaurim solidified its distinctive position in the scene as a band that refuses to chase trends. The band’s not-so-mainstream music was appreciated by fans as it was, and compromising its musical colors for the sake of popularity was out of the question.

“We, Jaurim, have never chased something nor lost track of trends, and I think it enabled us to perform for 20 years. Many young people empathize with our songs that were made 20 years ago, and I think that’s our power,” Lee Sun-kyu said.

Kim Jin-man chimed in, “As creators, our antennae toward the world are still sharp. If there’s anything that has changed, we learned to use our antenna with ease.”

Kim Yoon-ah, also a mother and wife, confessed she tries to maintain a balance between the different facets of her life. In 2011, she considered ending her career as she suffered from facial paralysis due to overwork and stress. Although she has recovered, Kim said she still struggles and works hard in her position as the band’s female vocalist and to carry out her duties as a mother.

“There aren’t many female musicians who continue their career after getting married. So I try to do better and stay focused, to pave the way for those who are also in the same situation with me,” she said.

“One of my goals is to make good music until the day we finally decide that there is no more way up. There are bands that disband due to unfortunate reasons, but we would like to be one that keeps making good music until our end.”