From the truce village of Panmunjeom and Singapore, top nuclear envoys from North Korea and the US have engaged in a series of discussions aimed at resolving their nuclear standoff and decades-old animosity.

While the details of the talks were not released to the public, the negotiators appear to tackle the one issue that can resolve mistrust over past denuclearization talks: What immediate measures should be taken to ensure sustained implementation? 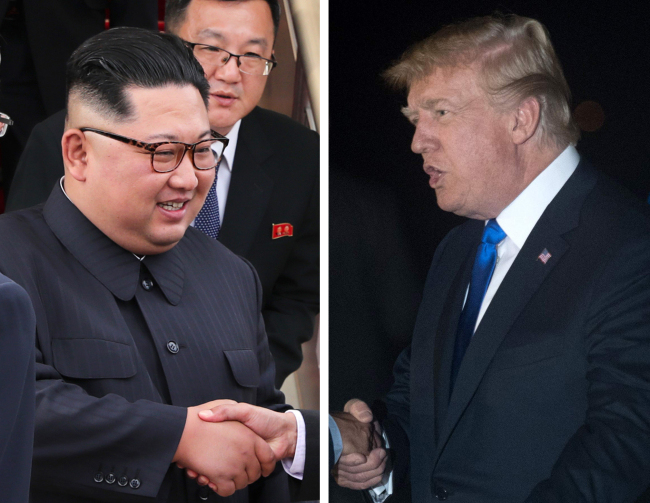 In order to call the summit a success, analysts said Trump and Kim should at least reach an agreement about what can be “front-loaded” in the early phase of a denuclearization process that might go on for some.

A good starting point would be North Korea’s agreement to dismantle some nuclear infrastructure within the next six months and declare full accounting of all nuclear materials within a few months, said Michael Mazarr, associate director of the strategy and doctrine at the RAND Corporation.

At the same time, North Korea should reiterate its previous commitment to full denuclearization within a defined time period and keep up with its moratorium on long-range ballistic missile and nuclear weapons tests, he added.

“The main question is Kim Jong-un’s level of seriousness,” Mazarr said. “The great risk is that Kim badly botches his meeting with Trump, other North Korean officials seem to be stalling, and the US delegation gets the sense they are being taken advantage of.”

If there is “tangible progress” on denuclearization, Seoul-based analysts said Washington should compensate Pyongyang for taking steps for abandoning nuclear arsenal by providing security guarantees for the Kim Jong-un regime.

The security guarantees could include an official declaration of an end to the Korean War, changes to the US-South Korea combined military exercises and lifting of economic sanctions, they added.

Some experts voiced concern that even if there were concessions from North Korea, the US could be reluctant to return the favor immediately, given growing worries in Washington that Trump will go too easy on North Korea and eventually be taken advantage of.

“I think the US still sees the negotiation with North Korea from the perspective of American exceptionalism. They still want to see North Korea give in to the US demands first,” said Cho Seong-ryoul, a senior researcher at the Institute for National Security Strategy.

However, economic sanctions are not likely to be lifted immediately after the summit, US analysts noted, as the process is contingent upon how faithful North Korea is with denuclearization pledge.

Worsening the prospect is that sanction relief is a complicated process as stakeholders are involved -- such as US Congress, its allies and the international community.

Lifting US sanctions requires approval from Congress. The Trump administration also needs to work with the international community as there are sanctions imposed by the United Nations Security Council.

“I don’t think US or international sanctions will be lifted coming out of this summit. The US administration will have to see tangible steps over time by NK toward denuclearization,” Ken Gause, an expert on North Korea‘s leadership and a director of International Affairs Group at CNA.