Instead of their favorite coffee, Starbucks-goers on Franklin Avenue were welcomed by a notice reading “we’ll see you tomorrow,” footage from Brooklyn in New York City showed, on Tuesday.

Starbucks closed over 8,000 stores in the United States on Tuesday afternoon, so that 175,000 employees could undergo anti-racial bias training, in response to protests and boycotts amid allegations of racist incidents caused by staff at the coffeeshop.

The protests followed an incident at a Starbucks store in Philadelphia in April, where the manager called the police to arrest two African-American men who were quietly waiting for a friend. 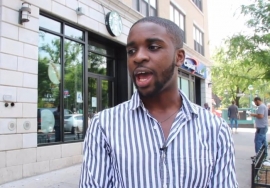