The winning logo, designed by student Shin Ah-young, will be used at various promotional events and communications between EU and Korean diplomats throughout this year.

“Diplomatic relations are not just about interaction between governments, but also cooperation between peoples,” said EU Ambassador to Korea Michael Reiterer at an award ceremony at the EU office in Seoul on Wednesday. “The logo will be used at official events this year and is intended to highlight the people-to-people foundation of EU-Korea relations.”

European Union Ambassador to Korea Michael Reiterer (center) poses with students of Insoo Middle School in Seoul and their teachers at the EU Delegation in Seoul on Wednesday. (European Union Delegation)
Reiterer also stressed the importance of involving students in public diplomacy, noting they will build on the successful past 55 years as future generations. Korea and the EU -- formerly the European Economic Community -- established diplomatic relations on July 24, 1963.

“Since that time (in 1963), the EU and Korea have become major international actors, making a real difference on global issues,” according to the delegation. “Working together, Koreans and Europeans are strengthening international peace and security, addressing climate change and powering their economies to provide decent jobs and livelihoods.”

At the Wednesday event, Kwon Hyuk-woon, deputy director general of the European Affairs Division at the Ministry of Foreign Affairs, said the EU and Korea have become important global players sharing universal values of democracy, human rights and the rule of law.

The Insoo Middle School is one of several middle and high schools that participated in the Open House program jointly organized by the EU Delegation, foreign embassies and the Seoul Metropolitan Office of Education. The program invites students to the EU office in Seoul or other participating diplomatic missions and teaches them about their respective organization. 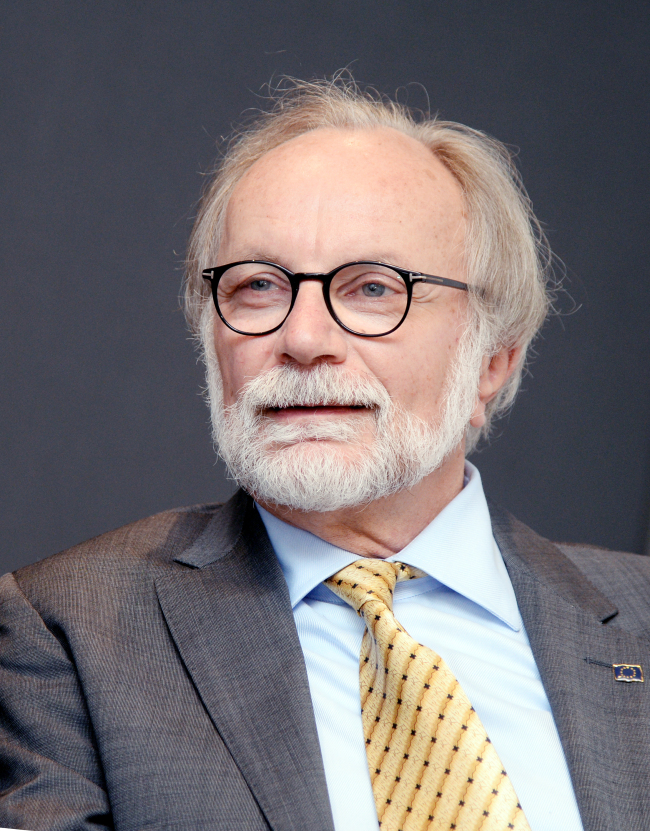 “Education is the foundation of society’s development and determines people’s living standard,” Reiterer told The Korea Herald on Friday. “Education is a central policy of the EU and exchange programs such as the Erasmus Plus have been highly popular and successful. Over 10 million European students have studied across Europe through the program over the last thirty years.”

Another key strength of European education is its vocational training, where students simultaneously acquire theoretical understanding and practical skills at school and the workplace, the envoy highlighted.

“This is particularly important for small and medium-sized enterprises, which the Moon Jae-in government is keen on nurturing,” he said. “In this regard, more exchange of views and cooperation between EU and Korea would be a step in the right direction.”