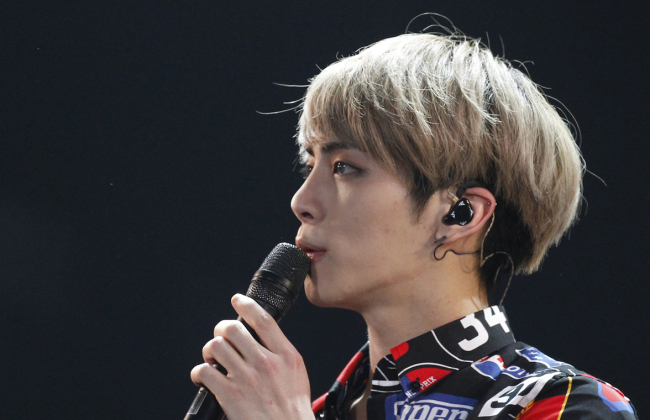 (Yonhap)
Born on April 8, 1990, the singer was picked up by talent scouts of S.M. Entertainment in 2005 during a singing contest.

After three years of training at the talent agency, he debuted in 2008 as a member of the five-piece boy band SHINee with the EP “Replay.”

Jonghyun stood out as the main vocalist of the group, captivating fans with his powerful voice and dancing ability. He demonstrated his skills outside the band as well, such as through S.M.’s project group S.M. The Ballad.

In 2015, he launched his solo career with the EP “Base,” followed by his first studio album “She Is” the following year.

The singer was also recognized for his songwriting, which began with the lyrics for SHINee’s hit song “Juliet.” He wrote the lyrics and melodies for most of the songs in his solo career.

The prolific artist released the special album “Winter Wonderland” in January, followed by the compilation album “Story Op.1” in September. 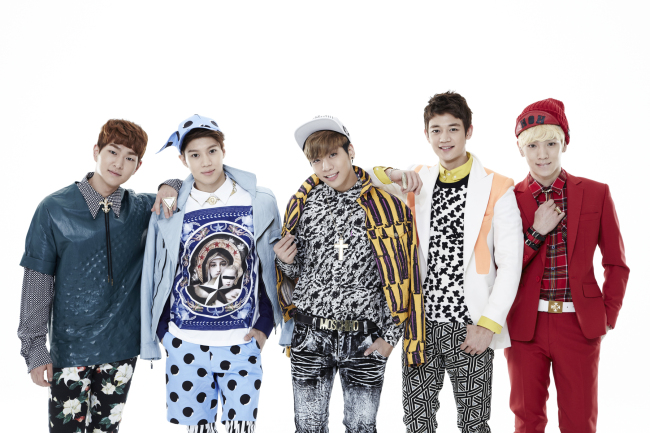 (S.M. Entertainment)
Jonghyun was a radio DJ as well, hosting a show on MBC radio from 2014 to April this year.

His death came as a surprise, as he had just wrapped up solo concerts from Dec. 9-10.

SHINee is to hold a Japan concert in February 2018. In addition, Jonghyun was to appear on JTBC’s “Night Goblin” that was to be aired Sunday.

The singer had posted on his Instagram account lyrics from a song by Dear Cloud, including “persistent scars and sighs of exhaustion, will they have stopped?” Fans speculated these may have been indications of his imminent death.

Police said they received a telephone call from Jonghyun’s sister at 4:42 p.m. Monday, saying she thought he may have attempted suicide. His final words to his sister were “It’s been difficult for me. Let me go.”