The interest rate of the product will go up according to the amount of deposits raised through the promotion. 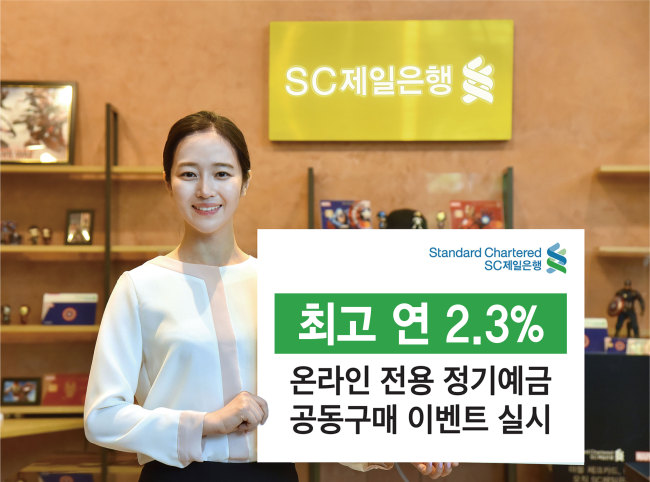 A model holds a signboard that shows the maximum interest rate of 2.3 percent for Standard Chartered Bank Korea’s e-Green Save Deposit product. (SC Bank Korea)
If the product raises more than 100 billion won ($91.7 million), the bank will offer an annual interest rate of 2.3 percent for depositors, with the minimum rate guaranteed at 1.7 percent even if the volume of deposits falls under 20 billion won.

The promotion titled “e-Green Save Deposit” is offered with the maturity of one year, according to the bank. The product will be offered until Nov. 29.

Bank accounts under e-Green Save Deposit should hold deposits of at least 1 million won and a maximum of 500 million won.

Since July, the Korean unit of the London-based banking giant has offered the product each month to users of its online banking platform. Users can make deposits through the internet, mobile devices as well as the bank’s mobile app Self Bank.