According to the data from the Korea Exchange, the combined market value of 73 KOSDAQ-listed pharmaceutical and biotech companies stood at 59.2 trillion won as of Monday, accounting for 21.5 percent of the total market cap. 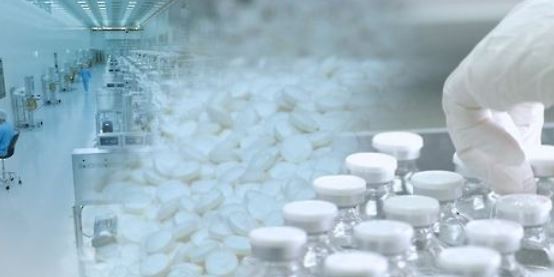 (Yonhap)
The percentage, which came to 17.3 percent at the end of last year, rose to 20.2 percent on Nov. 6, surpassing the 20 percent level for the first time. The number hit a record high of 21.8 percent Thursday.

The biopharmaceutial sector has the largest market value, followed by chipmakers with 9.8 percent and the IT parts industry with 6.9 percent.

The jump in the sector's market value was attributed to recent jumps in the share prices of top-cap Celltrion Inc. and other large caps.

Celltrion finished at 222,700 won Tuesday, up from 115,100 won at the end of August, with its market cap nearly doubling to 27.3 trillion won over the cited period.

Market watchers forecast share prices of pharmaceutical and biotech companies will rise further down the road thanks to the government's push to further develop the sector as part of efforts to bolster economic growth. (Yonhap)