“I think it’s just the tip of the iceberg,” Sterling told The Korea Herald in Busan on Friday, addressing revelations made by the New York Times and New Yorker as well as numerous actresses. 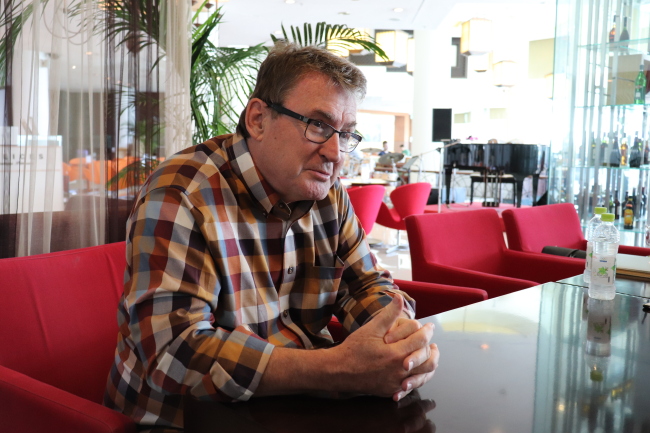 Sterling Van Wagenen speaks with The Korea Herald at Novotel Ambassador Haeundae in Busan on Friday. (Park Ju-young/The Korea Herald)
The filmmaker is in Busan with students from the new media and film program launched this year at the University of Utah Asia Campus located in Songdo, Incheon. Sterling is a professor of media and film at the University of Utah, Salt Lake City.

“The fact that his star fell so far, so fast, is a big warning to other actors and executives in the film business, that it is no longer possible to get away with that kind of behavior,” Sterling said.

Such instances are a “fairly common thing” in the film business, he said.

“Take the cover off of Hollywood, and I think we’ll see how many women have been abused and forced into those situations.”

Sterling co-founded the Sundance Film Festival with actor Robert Redford in 1985. Today, the event is an iconic venue for indie films and stands at the forefront of diversity in cinema. 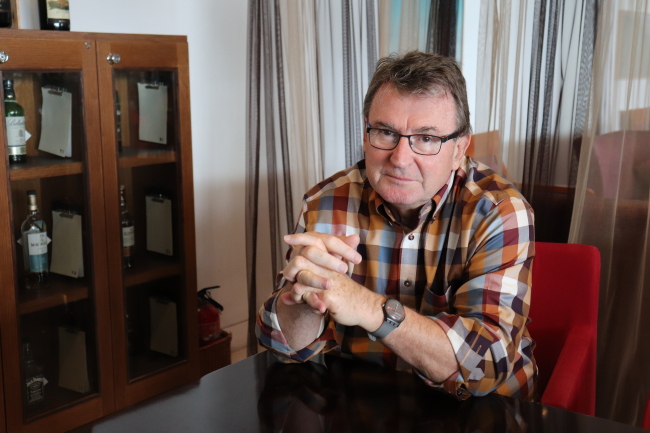 Sterling Van Wagenen speaks with The Korea Herald at Novotel Ambassador Haeundae in Busan on Friday. (Park Ju-young/The Korea Herald)
The festival originally showcased films that spotlighted specific regions in the US. “We felt that this diverse view would show ... an America that Hollywood films -- very homogenous -- failed to show.”

Since then, the event has become an arena for low-budget, independent films that deal with a myriad of niche subjects. “That diversity is part of the reason the festival is so successful.”

Sundance, which originally kicked off with governmental funding, has evolved to become self-sufficient through ticket sales and sponsorships, Sterling said.

“But there were never any strings attached to the government funding, nor should there be,” the filmmaker said.

The Busan International Film Festival, which is taking place here through Oct. 21, has also become established as a recognizable landmark in global cinema, he said.

“In terms of supporting and finding new talent in Asia, I believe that (BIFF) is the premier event. It offers excellent grants for script development, production, post-production and more.”

There is a unique identity and mood to BIFF that the festival could capitalize on, Sterling noted.

“I was struck by how available (the festival) was to so many cinema lovers, not just the social elite,” said Sterling of the BIFF opening ceremony that took place at the Busan Cinema Center’s outdoor stage Thursday evening.

“Typically these opening night events in Cannes or New York, they’re for big donors or the film world’s elite. But I was amazed that so many average audiences were able to buy tickets and get in to participate. You have this wonderful cross-section of people.”