Bilateral talks between the two leaders were scheduled for 1 p.m. local time. President Moon flew to Vladivostok and headed straight to Far Eastern Federal University, where the summit was set to take place. Moon arrived on time, but was kept waiting.

No explanation was given for the tardiness. However, Putin has a record of being late for summits with global leaders, including US Secretary of State John Kerry and Pope Francis. In one incident, German Chancellor Angela Merkel was kept waiting for four hours.

Some international relations experts view Putin’s repeated lateness as a strategic move to hold the upper hand at summits where power politics come into play.

“Given Putin’s notoriety for tardiness, we had expected him to arrive late and I’d say 30 minutes late is OK,” an official from the South Korean presidential office Cheong Wa Dae said. 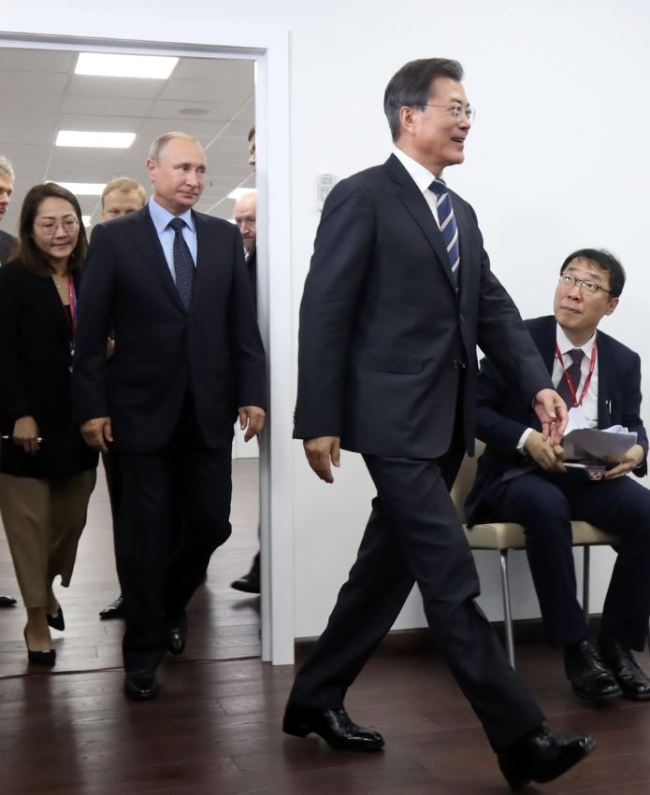