As a collateral event to the International Union of Architects World Congress in Seoul under the theme of “soul of the city,” works of more than 53 Indonesian architects that came to Korea are being showcased through Sept. 10.

According to architects and event curators Danny Wicaksono and Defry Ardianta, the exhibit narrates the evolving thinking and concerns of Indonesian architects over the last few years, as they have increasingly responded to challenges and opportunities of rapid urban development in Indonesia, an archipelago nation of 17,000 islands in Southeast Asia.

“Every architect has his or her vision and agenda, and Indonesian architects are no different. But as our cities are not as developed or efficient as leading metropolises of the world, our drive to make them functionally more coherent and aesthetically attractive is somewhat stronger than others,’” Wicaksono told The Korea Herald at the opening ceremony on Saturday at the refurbished former bathhouse, now used for exhibitions and networking. 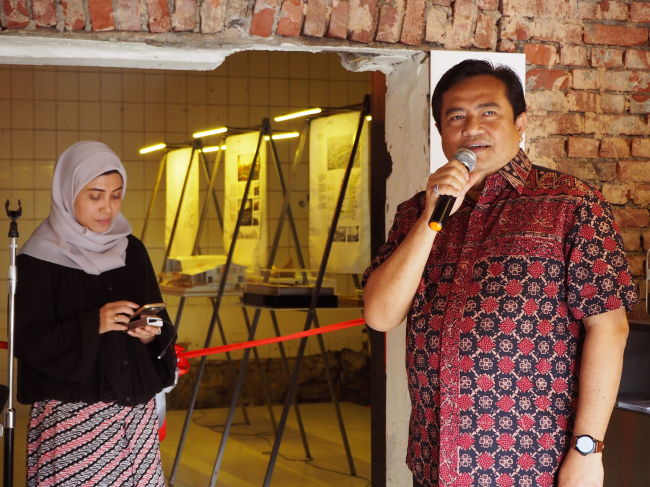 Indonesian Ambassador to Korea Umar Hadi (right) speaks at the exhibition “Architecture and the City: Indonesian architects and their responses, approaches and processes” at studio Haenghwatang in Seoul on Saturday. (Joel Lee/The Korea Herald) 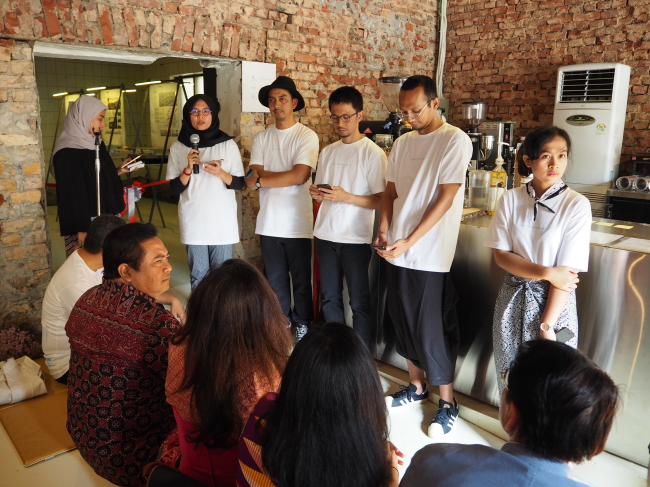 Indonesian artists pose at the exhibition “Architecture and the City: Indonesian architects and their responses, approaches and processes” at studio Haenghwatang in Seoul on Saturday. (Joel Lee/The Korea Herald)
“We strive to change our country’s architectural paradigm and create more possibilities for people to live better and interact with one another within urban contexts. Although we are currently preoccupied with issues of constructing buildings efficiently, our awareness and consciousness are gradually moving toward the city’s wider scale, to make urban areas more sustainable, livable and beautiful.”

Spurred by cities’ congestion, sprawl and other problems, architects and planners in Indonesia are working on a city and locality-specific theory of development, he added, pointing to meticulously designed miniature models and descriptions.

Ardianta echoed his partner, saying that although the bulk of Indonesian architects work on small-scale residential projects, the urban context is one of their most important considerations. Ardianta, Wicaksono and a committee of Indonesian architects carefully selected the 53 blueprints over a year, and classified them according to five topics of architectural concern: investment, interaction, mobility, volume and environment.

“The prime issues facing us is how to build more efficiently with less materials,” Wicaksono explained, adding that Indonesian architects are not heavily constrained by energy-saving issues such as heating and cooling, as Indonesia has mild temperatures all year around, ranging between 25 and 35 degrees Celsius. 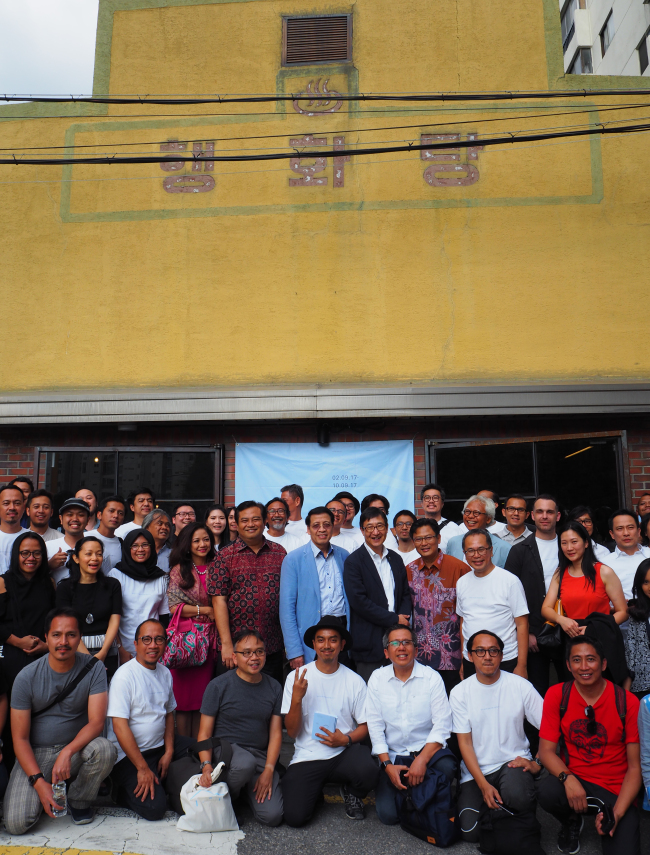 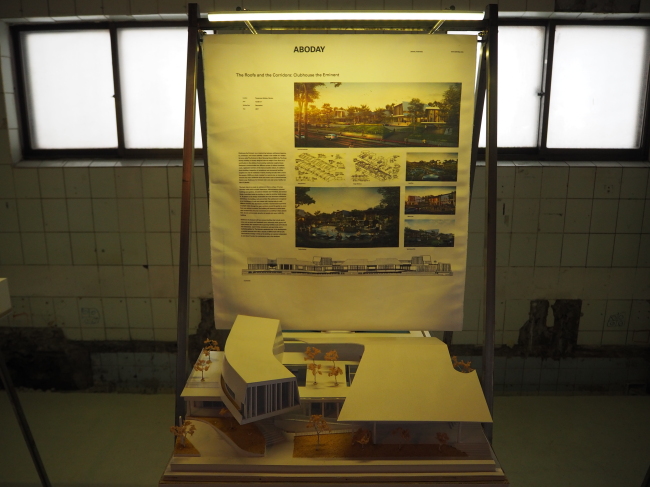 A miniature model designed by an Indonesian architect (Joel Lee/The Korea Herald)
Pointing out that the country is largely covered in forests and greenery, he said architects tried to employ a wide variety of natural building materials such as bamboo and sago palm wood. “But as the pace of urban development accelerates, the scale of construction gets bigger and bigger and people want things built faster and faster. This presents many challenges for us, as we have to build fast while at the same time use more natural alternative materials.”

Still, the most dynamic development and investment are concentrated in big cities like Jakarta, Bandung, Surabaya, Medan and Makassar, he mentioned, noting architects grapple with sustainable use of fresh water and waste water for drinking and energy purposes, the result of a lack of a centralized waste management system across Indonesian cities.

Regarding potential cooperation with Korean architects, Wicaksono said, “There are many opportunities. We have always been an open country.” But he also acknowledged that Indonesia has a vast and complex geography, made up of thousands of islands spanning three time zones and imbued with their own culture, language, ethnicity and climate, leading to myriad rules, motley practices and sundry traditions in building.

“Indonesia is like a jungle for foreign architects and investors,” he said. “The challenges of uneven development, urban resiliency and sustainability are big. You just have to come and try for yourself.”