According to Chaebul.com, 40 various foundations run by the country's top 20 business groups own 6.7 trillion won ($5.94 billion) worth of shares of affiliates under the same parent conglomerate. 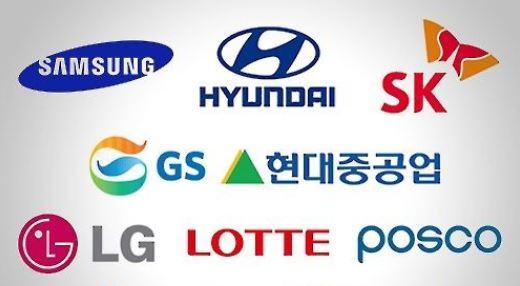 In 18 cases, the shares owned by charity groups exceeded 5 percent in certain key affiliates, a portion that comes with a significant level of influence. The Lotte Foundation for scholarships, for instance, has 8.69 percent of stocks in Lotte Confectionery and 6.28 percent in Lotte Chilsung Beverage. It also has major holdings in the business group's unlisted affiliates, 21 percent in Daehong Communications and 5.33 percent in Lotte Station Building Co.

Such connections have been repeatedly cited by the Fair Trade Commission and its chief Kim Sang-jo as requiring inspections on whether they are being abused by corporate owners to pull influence on company management through the shares held by charity organizations.

Kim has said at a parliamentary testimony last month that the commission will look closely into how welfare foundations are being managed and prepare appropriate measures based on the findings. He said in an interview in June that there will also be a review of the top people operating the charity groups to see if they have ties to CEOs of the conglomerate.

The government announced on Aug. 2 tax regulation revisions that allow charity organizations to own up to 20 percent of stocks in a company without having to pay inheritance or capital transfer tax but on condition that the organizations are not in special relations with a business group and that they will not exercise any voting rights that come with the owned shares. (Yonhap)