According to data recently released by the Bank of Korea, escalating economic hurdles caused by North Korea’s missile threats and China’s blackballing of Korean goods and products amid continued disputes regarding the government’s deployment of the Terminal High Altitude Area Defense system, Korea‘s economic growth remains slow in the currently healthy global economy.

The central bank announced that the Composite Consumer Sentiment Index in August fell to 109.9, down 1.3 points from July. The BOK analyzed that the North Korean nuclear issue is a factor in the consumer sentiment decline which, coupled with China‘s retaliatory measures to retaliate against the peninsula for THAAD, could hold back the country’s economic recovery. 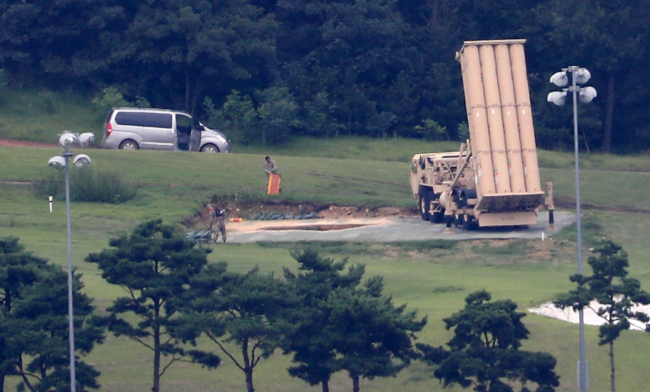 However, as for the global economy, the United States reported a 2.6 percent year-on-year economic growth rate in the second quarter of this year compared to a year earlier, while Europe grew 2.5 percent. Korea’s neighboring country of Japan marked a surprising 4 percent growth rate, while China saw a 6.9 percent year-on-year growth.

The Korean economy did, however, show signs of growth the first half of this year, thanks to the expansion of world trade, the stabilization of international oil prices exports and favorable expectations for the new President Moon Jae-in administration.

Local experts also point out that the increase in Korea’s exports is largely concentrated on semiconductors, which is on pace for 16 percent growth this year. However, industry experts also caution that the country’s semiconductors sector remains vulnerable as it will struggle in the future to meet rising global demands.

“Even though global tech demand is buoyant, Korean manufacturers have faced mediocre manufacturing growth, at best,“ Moody’s report said. ”We expect production to improve in the second half since domestic demand has improved and the global economy remains healthy.“