The Bank of Korea is set to hold its rate-review session Thursday to decide whether to keep or adjust the all-time low rate of 1.25 percent.

"Further interest rate cuts are firmly off the cards despite below-potential growth," Moody's Analytics said in an economic preview, noting core inflation is oscillating around 1.5 percent year-over-year, below the central bank's 2 percent target. 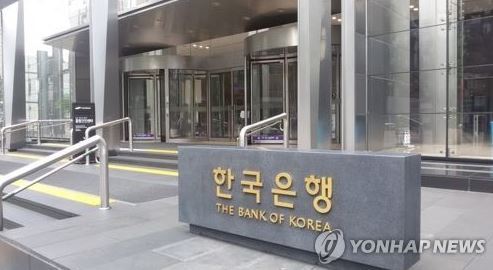 South Korea's overall household debt came to 1,388.3 trillion won ($1.22 trillion) as of end-June, up 10.4 percent from a year earlier, according to data compiled by the BOK.

In June, BOK Gov. Lee Ju-yeol said the central bank may take a monetary tightening approach if the economy shows signs of a robust recovery.

"Even though global tech demand is buoyant, Korean manufacturers have faced mediocre manufacturing growth, at best," Moody's Analytics said. "We expect production to improve in the second half since domestic demand has improved and the global economy remains healthy." (Yonhap)