[ The Korea Herald – Send E-mail ]
Geopolitics come back to haunt ties as Korea, China mark 25 years of improving relations
By Yonhap
Published : Aug 18, 2017 - 14:53
Updated : Aug 18, 2017 - 14:53
South Korea and China have made big strides in ties over the past 25 years. The Cold War foes have become "strategic cooperative partners." Trade has surged more than 30-fold with human exchanges up nearly 70-fold. Each is among the other's most favorite tourism destinations.

However, the quarter-century anniversary of diplomatic ties is in no celebratory mood, as geopolitics are returning with vengeance amid tensions over North Korea's nuclear arms and the deployment of a US missile shield in South Korea.

The two countries established formal diplomatic ties on Aug. 24, 1992, leaving behind their animosity stemming from the 1950-53 Korean War and the decades-long Cold War. Communist China fought for the North during the conflict. 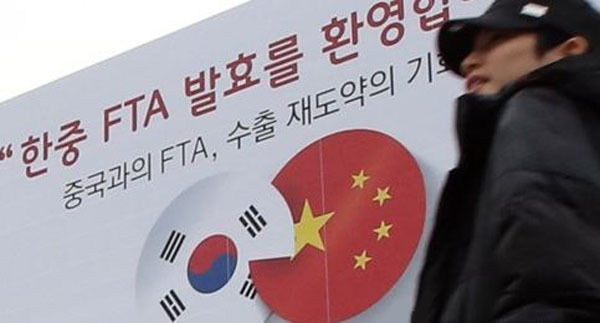 (Yonhap)
Despite many ups and downs, the two countries have never stopped going forward and trending stronger as ties have been widened and deepened, especially in economy and business.

According to government data, bilateral trade between South Korea and China, which stood at around $6.4 billion in 1992, surged to $211.39 billion in 2016. China has emerged as the largest export destination for South Korea, which sells more than 20 percent of its products to the world's most populous country.

Long closed to each other, the tourism market and personnel exchanges have also been boosted thanks to thawed relations.

The data provided by the Korea Tourism Organization showed that just about 152,000 people traveled back and forth between the countries in 1993 but the number increased by 69-fold to some 10,428,000 in 2015. Buoyed by the expanded personal exchanges, around 1,170 flights are now available between the two countries every week.

The economic ties culminated in December 2015 when the two enforced a free trade agreement intended to phase out tariffs on more than 90 percent of products over a maximum of 20 years.

"It was a win-win to build diplomatic relations," said Yun Duk-min, former chancellor of the Korea National Diplomatic Academy. "South Korea has had significant economic benefits, while at the same time Korea served as a bridge for China to come out of the isolation caused by the Tiananmen Square incident. The Korean economy also provided a major model for China." 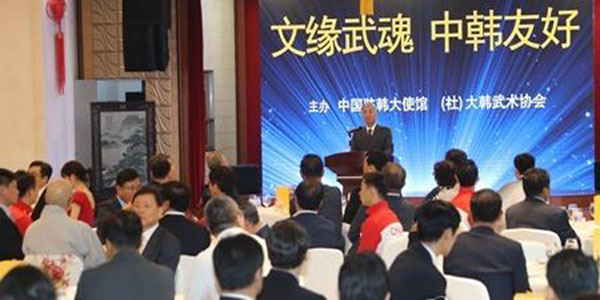 "The biggest driving force behind the bilateral ties between China and South Korea was economic exchanges," he said. "In terms of their ties, (the two) have made huge achievements in a very short period of time."

Their diplomatic ties have also been strengthened ever since. In 2008, they upgraded their relations to a strategic cooperative partnership intended to make exchanges go beyond the economy to cooperation in many other areas including security.

The ties got a boost especially after Chinese President Xi Jinping took office in 2013.

Xi paid a visit to South Korea in July 2014, a rare trip by a Chinese leader that preceded a trip to its ally North Korea. About a year later, then South Korean President Park Geun-hye went to Beijing and joined a massive military parade, the centerpiece of the 70th anniversary of China's victory over Japan in World War II.

This is not to say that the two have never experienced hiccups in ties.

A trade dispute in 2000 sparked by South Korea's safeguard action on Chinese garlic to protect its market which was followed by China banning imports of Korean mobile phones and polyethylene products was one of the lowest points. China's push to include an ancient Korean kingdom in its own history still remains a sensitive issue.

With Seoul and China set to mark the 25th anniversary of building diplomatic relations next week, however, their ties seem to be put to the test again as the two remain staunchly at odds over the ongoing installation of a US missile defense system in South Korean territory.

In July last year, South Korea and the US unveiled their joint plan to install a Terminal High Altitude Area Defense battery, saying that it is intended to better defend against missiles from North Korea.

China has adamantly opposed the move, claiming it is part of the US missile defense system and its powerful X-band radar, in particular, will hurt its strategic security interests.

It has intensified what is seen as retaliation against South Korean companies and products in its markets. China has apparently imposed restrictions on travel to Korea and strictly enforced rules on Korean goods including cultural products.

Strained ties with China poses a serious threat for South Korea in terms of the economy due to its heavy dependence on the world's largest market. It might be the last thing that South Korea wants at a time when it seeks cooperation from China, the closest ally to North Korea, to resolve the current nuclear stalemate surrounding the Korean Peninsula.

"Unlike the disputes over garlic or history, the conflict surrounding the THAAD system is a multilateral issue along which the US and China are sharply conflicting with each other. It will not likely be solved just with time," said Kim Han-kwon, a professor at the Korea National Diplomatic Academy.

Chinese officials also expressed concerns over the prolonged dispute over the THAAD system and its ramifications on ties with South Korea.

"The THAAD issue is the most difficult challenge confronting us over the 25 years," Chinese Ambassador to South Korea Qiu Guohong said at a forum held in the southern resort island of Jeju on Thursday. "Many experts on Korea and China are concerned about the current situation."

He, however, expressed hope that things would return to normal as the two countries have strong "momentum" and "basis" for cooperation.

"What I would like to emphasize is that the two countries have made practical cooperation in diverse areas for the past 25 years and that it has created practical benefits for their people," he said. "It has become a trend that cannot be reversed that South Korea and China will advance their ties in a stable and healthy way and it is what everyone wants."

A senior South Korean diplomat called the recent development caused by the THAAD controversy a "growing pain," saying that it is something that the two countries should overcome to prepare for a better future.

"It is like a growing pain for the relations set to mark the 25th anniversary. We should get over the pain no matter what and try to usher in another 25 years of stronger and healthier ties," the diplomat said. (Yonhap)