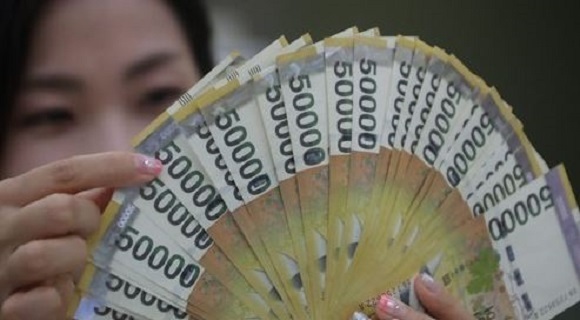 The growth rate of the money supply has been on the decline since October 2015 as companies decreased domestic credit.

M2 is a measure of the money supply counting the currency in circulation, including bank debentures and deposits with a maturity of less than two years, along with stock investments. It's a key economic indicator closely monitored by the authorities. (Yonhap)