[ The Korea Herald – Send E-mail ]
No new trade restrictions on Korean products reported in July
By Catherine Chung
Published : Aug 9, 2017 - 10:31
Updated : Aug 9, 2017 - 10:31
No new trade restrictions against South Korean products were reported in July, but it is premature to say the global protectionist trend has weakened, a local trade body said Wednesday.

According to the Korea International Trade Association, July was the second month this year that no new trade barriers were erected against South Korean goods by importing countries. The last time was in January.

There was one new restriction in February, two in March, five in April and May, and eight in June. 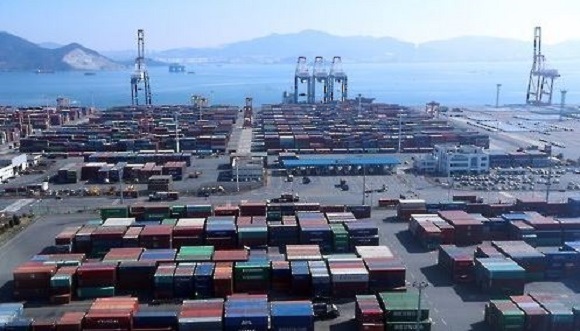 (Yonhap)
KITA said, however, it is too early to conclude that trade protectionism has waned.

"Even if there were no new restrictive measures in July, they could suddenly increase in August. It is hard to say that the trend has changed in July," he said.

There were 190 trade restrictions against South Korea as of end-July, 147 of them in the form of anti-dumping tariffs. Thirty-six were in safeguards, and seven in simultaneous anti-dumping and countervailing duties.

India accounted for the most of these measures with 31. The United States had 30 and China 14.

Steel products were the heaviest hit with 88 restrictive measures, followed by 54 in for chemical products. (Yonhap)