The prosecution is currently scrutinizing the allegations that KAI Chief Executive Ha Sung-yong created slush funds and illegally lobbied Cheong Wa Dae officials and lawmakers for his reappointment in May 2016. Earlier this week, its suppliers were raided over bribery suspicions. 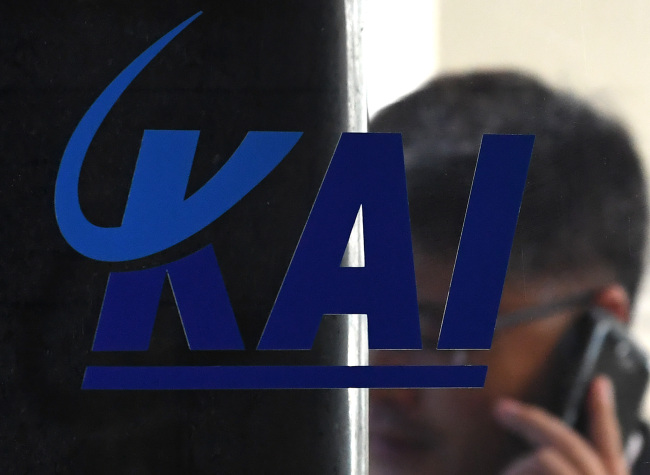 Korea Aerospace Industries(Yonhap)
“I have decided to step down from my role as president and CEO of KAI for the responsibility I feel regarding the recent issues surrounding the company. I will do my best to answer all the doubts and questions during the probe to prevent damage to KAI’s name,” Ha said in a statement.

The prosecution is currently tracing a former company executive on the run believed to be deeply involved in the creation and use of the illicit fund.

The slush fund allegation is part of a bigger scandal revolving around the defense firm.

On Sunday, the BAI requested a prosecutorial probe into KAI-developed Surion helicopters, saying the homegrown utility chopper model lacks technological stability such as lightning protection and anti-icing capability required for an air mission.

The state watchdog also requested the prosecution to look into Chang Myoung-jin, chief of the Defense Acquisition Program Administration, for committing breach of trust. Chang stepped down from his position with permission from President Moon on Thursday.

Ha, however, stressed that the Surion project, as well as KAI’s other core project -- T-50 supersonic trainer jets -- must continue, echoing the defense sector’s worries that the ongoing probe might damage future arms deals with other nations.

“The Surion helicopters are a part of a process toward establishing a household name, much like other weapons development programs of developed countries,” he said.

Before the BAI announcement on Surion’s defects, the Philippine government had expressed interest in purchasing the helicopters. KAI has exported 137 KT-1 basic trainers and T-50 advanced trainer jets worth about $3.4 billion to seven countries including Indonesia, Turkey, Peru and the Philippines.

The probe also comes when the aircraft manufacturer is preparing to bid for the $16 billion US Air Force T-X Program, in partnership with Lockheed Martin. Winning the bid would allow the consortium to replace the US’ aging fleet of 350 T-38 trainer jets with upgraded version of the T-50 jets.

On Tuesday, dozens of investigators raided KAI’s five main subcontractors mainly located in cities in South Gyeongsang Province to secure hard drives, mobile phones, account books and documents on suspicions of bribery and inflating the development cost of its products.

The probe gained traction on President Moon’s vows Monday to stamp out defense industry corruption, which would be an “act of benefiting the enemy that would punch a hole in national security.”

In 2015, the BAI had detected 54.7 billion won of fraud at KAI, accusing the firm for fabricating the production cost of the Surion helicopter project. That, however, did not lead to a full-blown prosecutorial probe into KAI.