[ The Korea Herald – Send E-mail ]
White House official: N. Korea trying to use nuclear weapons for 'coercive reunification'
By Im Eun-byel
Published : May 3, 2017 - 10:27
Updated : May 3, 2017 - 10:27
North Korea is trying to use its nuclear weapons as an "instrument of blackmail" to force the US to leave South Korea so as to realize "coercive reunification" of the divided peninsula, a senior White House official said Tuesday.

Matt Pottinger, senior Asian affairs director at the National Security Council, also said during a security forum that the US has now been left with no other choice but to ramp up pressure on the communist nation to move it toward denuclearization. 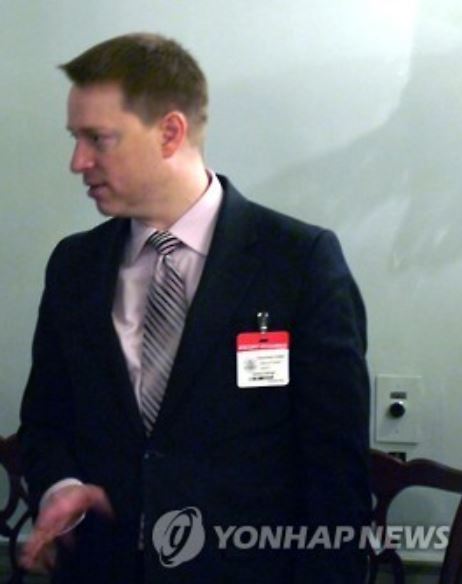 (Yonhap)
"They have made no secret in conversations they've had with former American officials, for example, and others that they want to use these weapons as an instrument of blackmail to achieve other goals, even including perhaps the coercive reunification of the Korean peninsula one day, after they then attempt to coerce the US to leave the peninsula and to abandon our alliances," Pottinger said.

"It's also no secret that North Korea has proliferated just about every weapons system that they've ever created... We really have no choice but to increase pressure on North Korea, diplomatically isolate them, to bring greater economic pain to bear until they are willing to make concrete steps to start reducing that threat," he said during the Sasakawa Peace Foundation forum.

"Our ultimate goal is to achieve denuclearization of the peninsula. That's the goal China shares with us. It's certainly the goal that our closest allies, including Korea and Japan, share with us." (Yonhap)