The Ministry of Health and Welfare’s survey of 5,102 adults showed that about 25 percent of the respondents had suffered mental disorders, such as depression, schizophrenia and alcohol addiction, at least once in their lives. About 12 percent had experienced psychiatric illnesses in the past year.

The study noted that an increasing number of people are diagnosed with depression and the disease is more prevalent among women. 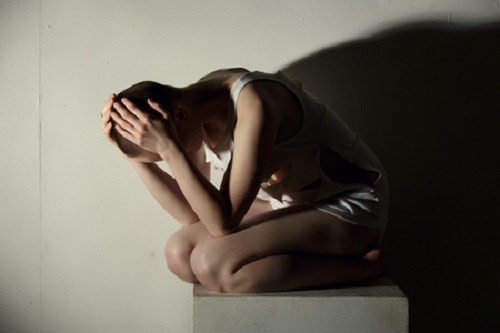 (123RF)
About 5 percent of those surveyed had suffered from depression at least once. The proportion is higher among women at 6.9 percent compared to 3 percent for men.

One in 10 female respondents had experienced postpartum depression, the study showed.

As for schizophrenia, about 1.8 percent had the disorder at least once in their life and 0.5 percent within the past year.

The survey results come after a recent shocking case involving a schizophrenic teenager kidnapping and killing an 8-year-old girl in Incheon. The incident shed light on the country’s failure to cope with the growing prevalence of mental disorders.

Experts suggested the government should create an environment where patients of mental disorders can receive timely care and treatment, without fear of being sent to hospitals against their will.

Professor Hong Jin-pyo of Samsung Medical Center, who participated in the survey, said “the overall prevalence rate of mental illnesses among Koreans is decreasing compared to previous years,” adding that a growing number of psychiatric treatments at clinics may help reduce the rate.

The government has been conducting a nationwide in-depth survey into the mental health of Koreans since 2001. The most recent survey, the fourth of its kind, was conducted from July to November 2016.