The first episode had a 16.4 percent viewership rating, reaching as high as 20.7 percent for certain scenes, according to Nielsen Korea on Thursday. MBC’s “Weightlifting Fairy Kim Bok-Joo” and the KBS2 show “Oh My Geum Bi,” both of which premiered Wednesday, recorded 3.3 percent and 5.9 percent, respectively. 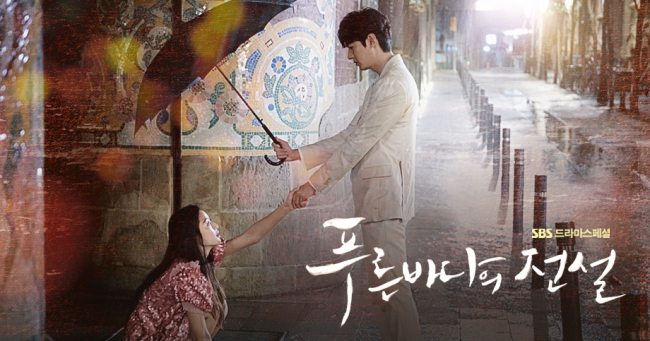 Starring actors Jun Ji-hyun and Lee Min-ho, the new SBS drama is a modern-day adaptation of the Joseon era legend about a fisherman’s encounter with a mermaid.

“The Legend of the Blue Sea” airs every Wednesday and Thursday on SBS.