[ The Korea Herald – Send E-mail ]
[Herald Interview] Magical world underneath water
Underwater photographer Zena Holloway holds first photo exhibition in Seoul
By 이우영
Published : Jul 20, 2015 - 17:06
Updated : Jul 20, 2015 - 17:06
A girl in a white feather dress has her eyes closed and floats aimlessly with her dress and hair moving naturally to reveal their velvety layers. The weightless calm captivates the viewer, wondering where this place with such a calm state could be. 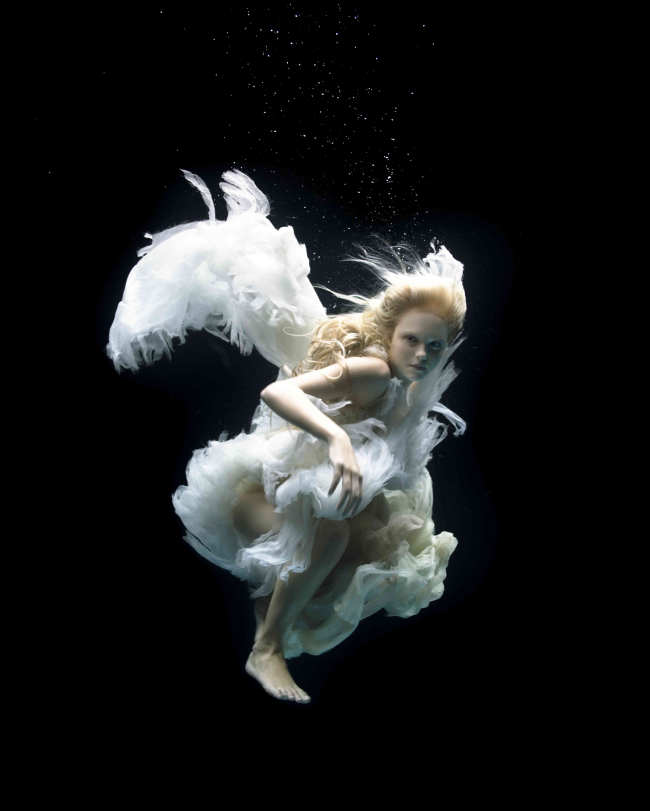 She is holding her first exhibition in Seoul, showcasing her major works over the past 25 years. Holloway, 42, started working underwater since she was 18 as a scuba diver. Fascinated by what she saw and felt underwater, she began to pursue underwater photography.

“I like to capture the magic that I see when I am underwater. The way that light travels through the water surface captures my imagination and the weightless feeling is liberating,” said Holloway in an email interview with The Korea Herald.

The self-taught photographer has captured various subjects underwater, ranging from animals and women to even babies. Many fashion magazines and brands have worked with her to create one-of-a-kind commercial images. Her fashion shoots have been featured in top magazines such as GQ and the National Geographic. 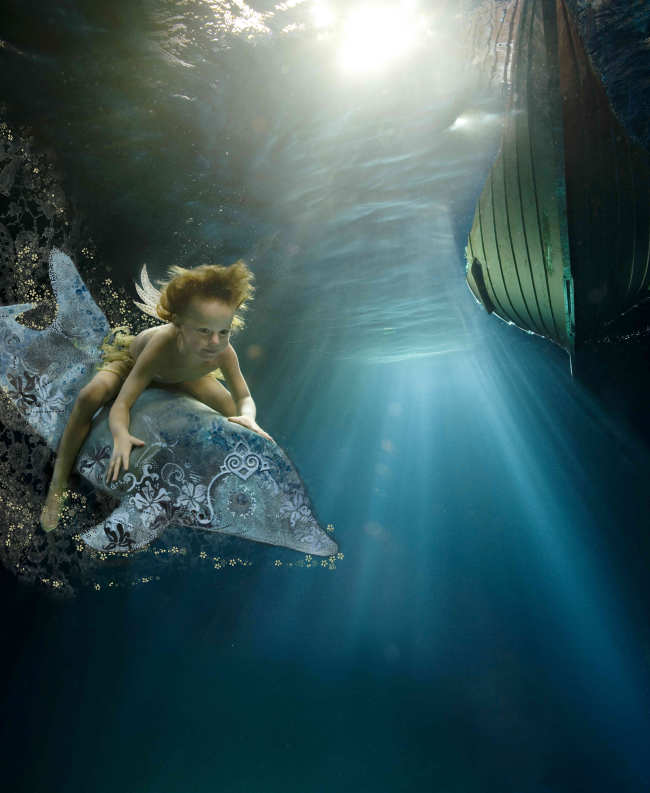 "Dolphin,” The Water Babies by Zena Holloway (Courtesy of the artist)
Obstacles she faces when taking photos underwater such as buoyancy become both restrictions and useful tools that help her create fascinating images.

“In one shoot, I had to sink a mattress which contained a large amount of air. It took five drivers and two hours to finally get it to the bottom of the underwater studio,” she said.

The result, however, was beautiful with a model posing as a sleeping beauty on the mattress, hovering slightly afloat.

Holloway uses her experience as a scuba diving instructor to help guide models through the unfamiliar world of underwater photography.

“I began my career as a scuba instructor, so from the start I had a lot of training to make people feel comfortable in the water. The key is always to start simple and build on the difficulty as the model or subject gains in confidence,” she said. 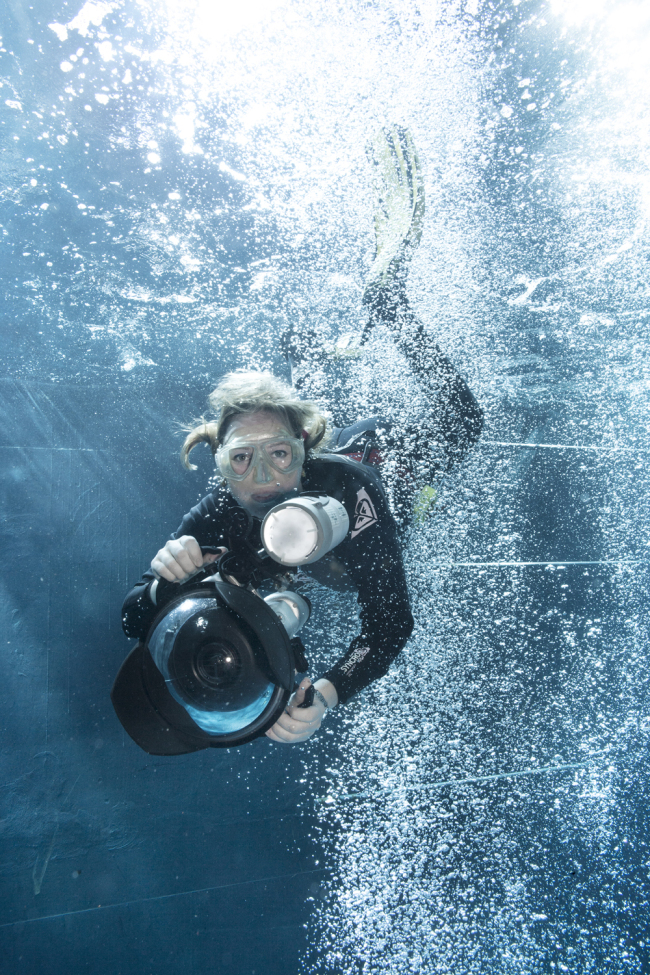 Photographer Zena Holloway underwater (Courtesy of the artist)
With a broad picture in mind, she lets the models and herself act naturally and lets the “movements just go with the flow.”

The natural flow creates the images that don’t seem to belong to reality, but exist in an unknown world.

The Zena Holloway exhibition runs until Sept. 7 at Hangaram Museum of the Seoul Arts Center.