[ The Korea Herald – Send E-mail ]
Star-studded Korean films prepare to claim summer box office
High-profile directors and casts fill out Korean summer movies of every genre
By 원호정
Published : Jul 15, 2015 - 17:51
Updated : Jul 15, 2015 - 17:55
The first half of 2015 was not kind to the Korean film industry. With the exception of “Ode to My Father” and “Twenty,” no Korean movies were able to make a big splash in theaters.

Korean moviegoers opted for blockbuster Hollywood films like “The Avengers: Age of Ultron,” “Furious 7,” “Mad Max” and “Jurassic World” or smaller surprise hits like “Kingsman: The Secret Service” and “Whiplash.”

Korean movies began to pick up at the box office with “The Classified File,” a true-story crime thriller that opened on June 18. That success was quickly followed by “Northern Limit Line,” with patriotic themes that continue to draw audiences to the box office three weeks later.

As of Wednesday morning, “Northern Limit Line” had brought in 4.8 million moviegoers, remaining in second place at the box office lagging only behind Pixar’s hit “Inside Out.”

This seems to be just the beginning of Korean movies’ reclamation of the box office, with a variety of star-studded Korean films helmed by hit directors gearing up for the summer rush. 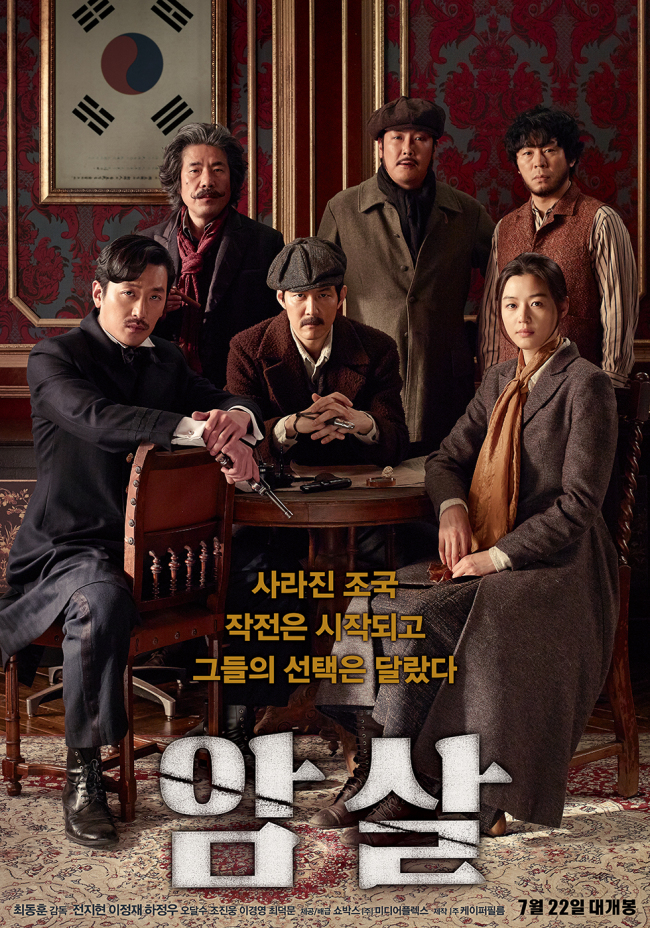 Poster for "Assassination" (Showbox)
The man behind “Tazza: The High Rollers” (2006) and the megahit “The Thieves” (2012) introduces a historical action drama this summer with a cast as impressive as his previous films. Jun Ji-hyun (Gianna Jun) rejoins Choi as an independence fighter in 1930s Korea who leads a team in an assassination attempt on two elite figures in the Japanese government ruling Korea. Lee Jung-jae, Ha Jung-woo and Oh Dal-su are some of the other actors filling out the plot‘s essential characters. 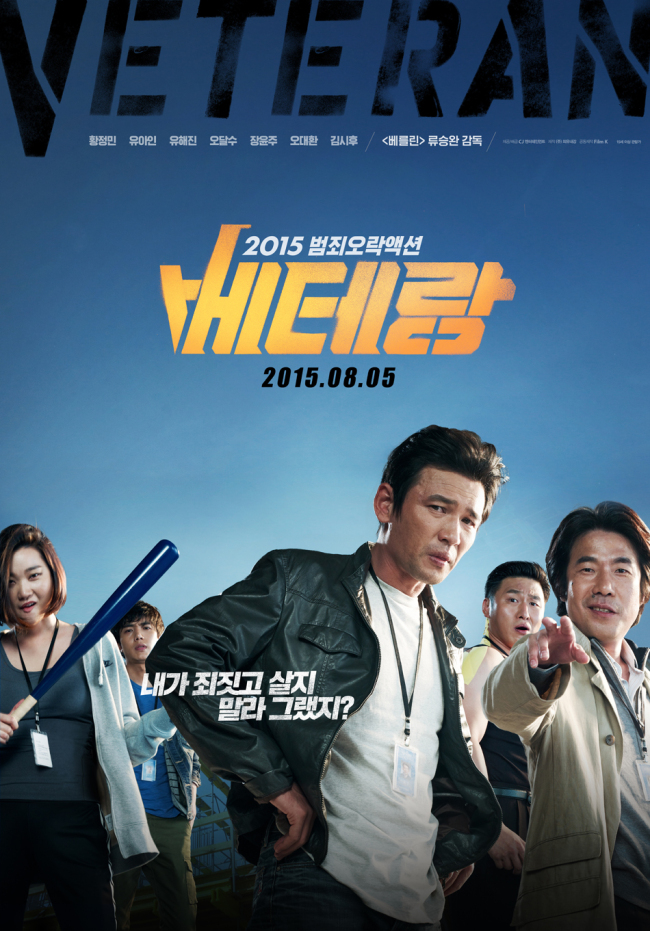 Poster for "Veteran" (CJ Entertainment)
Ryoo Seung-wan, known for carefully crafted action sequences in thrillers like “The Berlin File” (2012) and “The Unjust” (2010), presents a veteran detective going up against a cocky, untouchable heir in “Veteran.” The leads of “The Unjust,” Hwang Jung-min and Yoo Hae-jin, join forces again with Ryoo alongside Yoo Ah-in and Oh Dal-su. 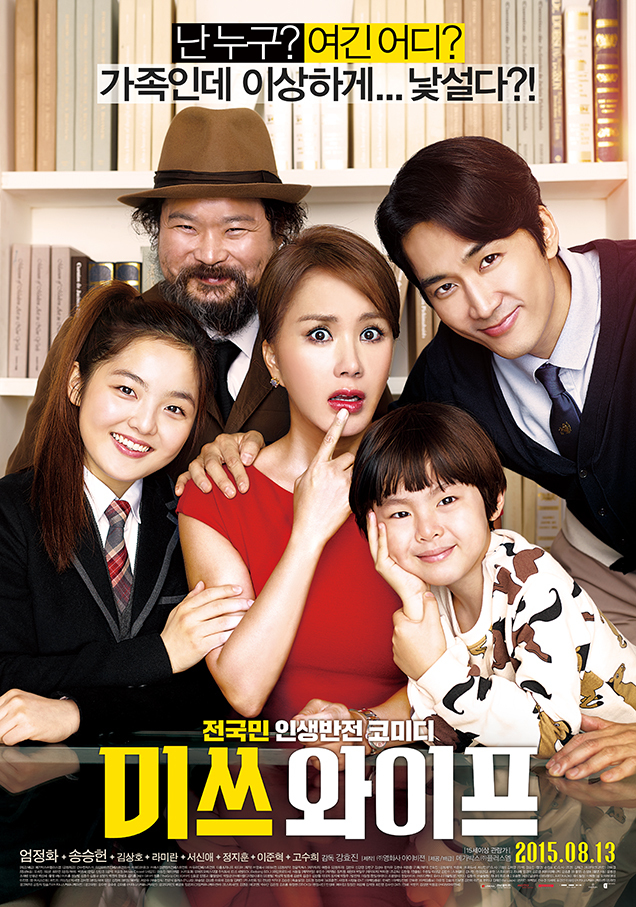 Poster for "Wonderful Nightmare" (Megabox Plus M)
The writer behind the hit comedy “My Wife is a Gangster” takes the director’s seat in this family comedy about a stylish, single lawyer (Uhm Jung-hwa) who, through an unfortunate accident, suddenly finds herself trapped in the body of a housewife with two kids. Actor Song Seung-heon breaks his suave image to become the bewildered, loving husband to Uhm’s panicked character. 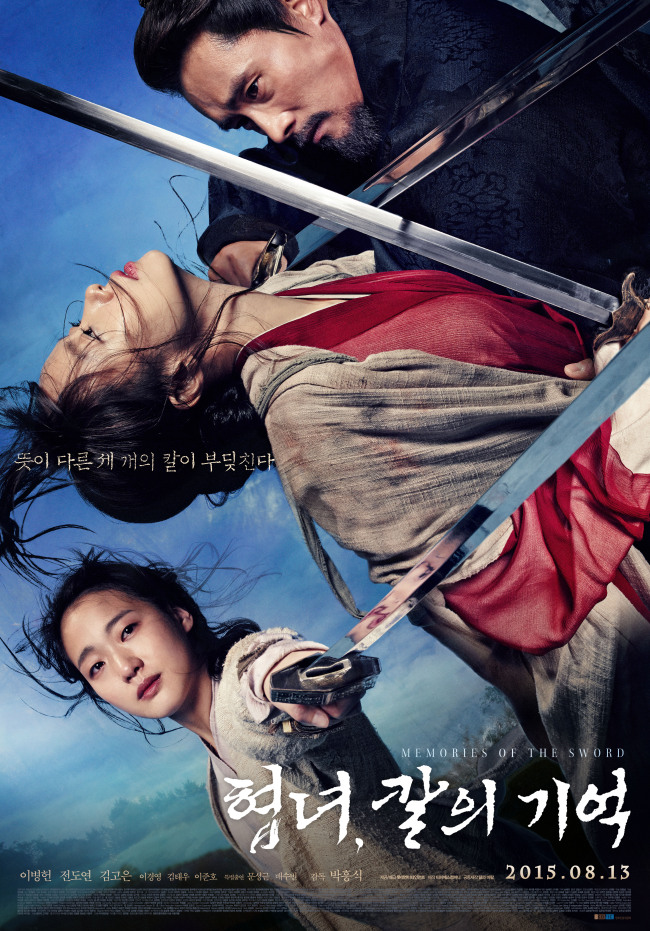 Poster for "Memories of the Sword" (Lotte Entertainment)
Director Park Heung-sik brings together three of Korean cinema’s hottest names in this historical drama about three swordsmen living at the end of the Goryeo era. Lee Byung-hun plays a man who betrays others to pursue his political ambitions, while Cannes favorite Jeon Do-yeon and rising star Kim Go-eun play two women who target him for justice and revenge. 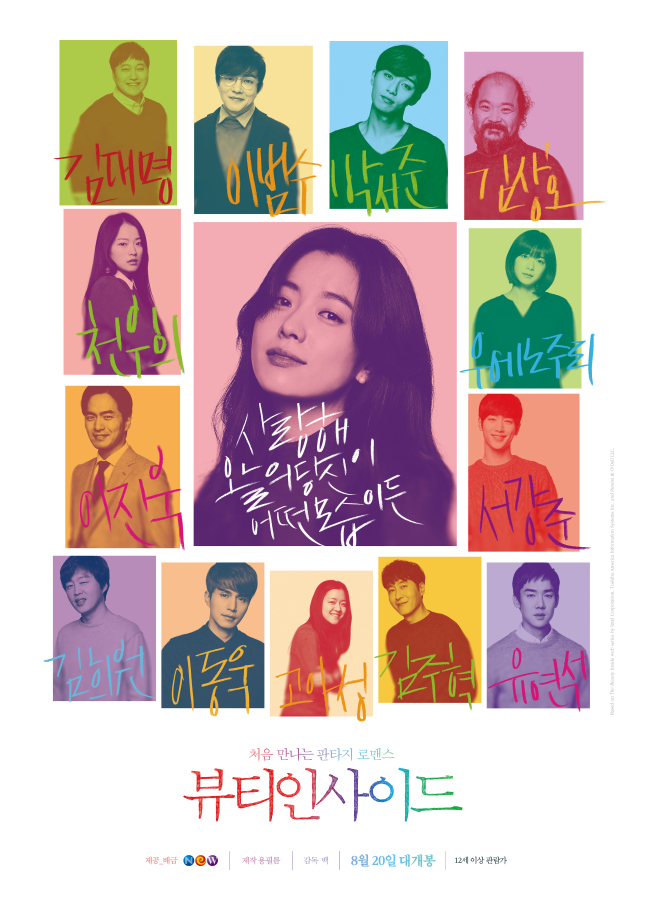 Poster for "The Beauty Inside" (NEW)
Inspired by an advertising campaign, “Beauty Inside” promises to be trendy and visually captivating, with a director whose main expertise is in advertisement design. In the film, a woman (Han Hyo-joo) falls in love with a man who wakes up in a different body every morning. The man, Woo-jin, is played by a dizzying cast of A-listers including Park Shin-hye, Lee Bum-soo, Yoo Yeon-seok, Lee Dong-wook and Park Seo-jun. 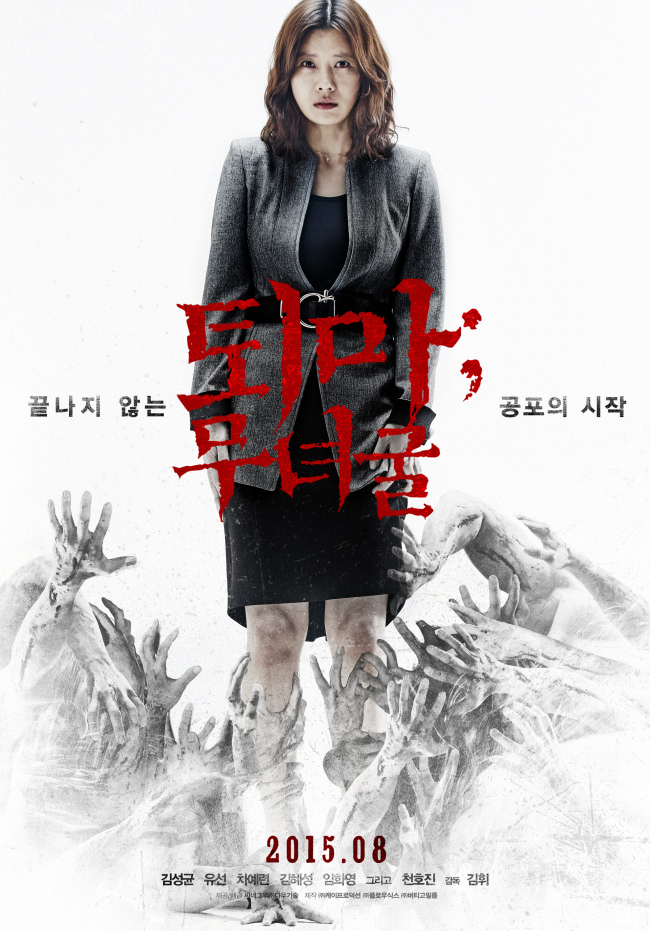 Poster for "The Chosen: Forbidden Cave" (Daou Tech)
The director of acclaimed mystery film “The Neighbors” (2012) returns with a movie that has the classic markings of a Korean horror flick: ghosts and shamanism. Psychologist and exorcist Jin-myeong (Kim Sung-kyun) attempts to help art museum director Keum-joo (Yoo Sun), who feels something supernatural taking over her being and threatening her and her young daughter. Horror film darlings Yoo Sun and Cha Ye-ryun round out the strong, talented cast.