[ The Korea Herald – Send E-mail ]
[Herald Interview] ‘Madonna’ casts a harsh light onto women suffering in Korea's shadows
The latest movie by filmmaker Shin Su-won premiered at the 68th Cannes Film Festival‘s Un Certain Regard screening
By 원호정
Published : Jun 28, 2015 - 15:19
Updated : Jun 28, 2015 - 20:49
“Madonna,” the latest work from director Shin Su-won, which played in Cannes' Un Certain Regard section, takes place in two central settings. The first is the VIP ward at a hospital where the nurse‘s assistant Hae-rim (Seo Young-hee) works. The other is a red-light district in a slum where the streetwalker Madonna (Kwon So-hyun) works. At first glance, it is difficult to understand how they come together in the movie.

“It's a story about a nurse’s assistant named Hae-rim who digs into the background of a girl nicknamed ‘Madonna,’ someone whose life has been destroyed by those around her. As Hae-rim learns about Madonna’s past, she learns to heal her own wounds,” Shin explained in an interview with The Korea Herald at a cafe in Jongno-gu, Seoul. 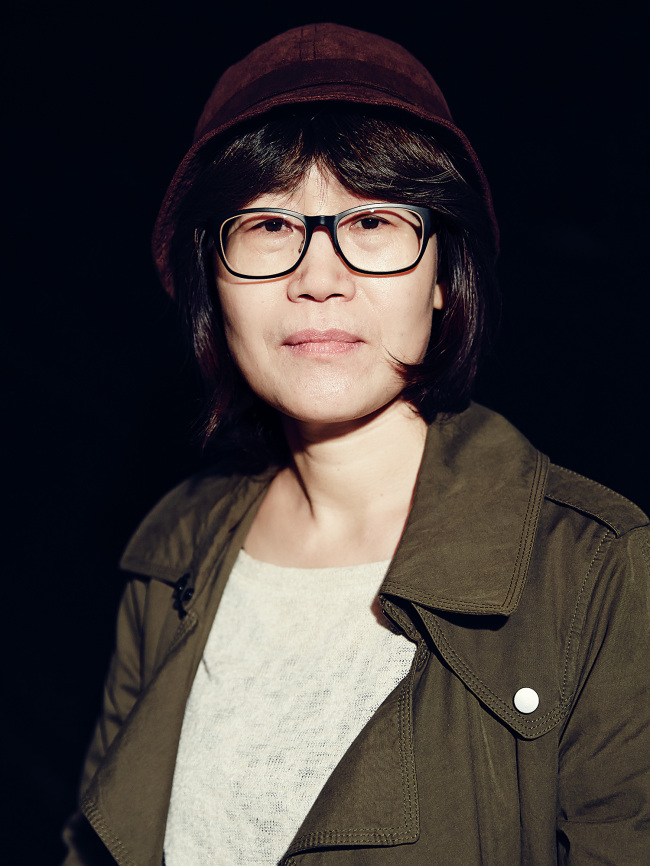 Director Shin Su-won (Little Big Pictures)
In the film, a VIP patient waiting for a heart transplant is put under Hae-rim’s care. The patient‘s son, who wants to keep his father alive for monetary reasons, finds Mina (nicknamed Madonna for her big breasts), a pregnant woman who is a suitable candidate for transplant. He asks Hae-rim to track down Mina’s family and get consent for the heart transplant, and Hae-rim obliges -- learning about Mina‘s tragic past filled with bullying, fat-shaming and sexual assault along the way. 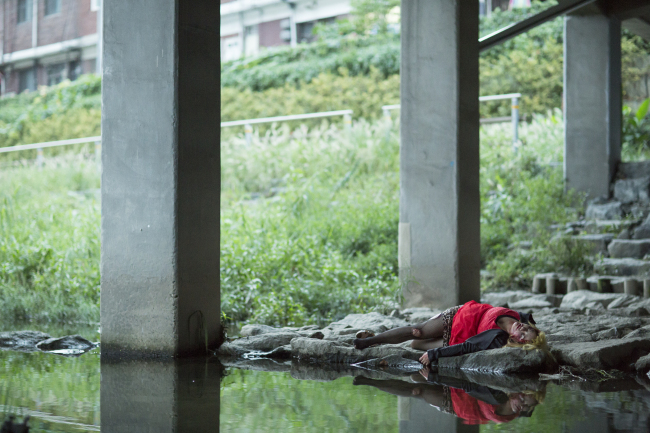 Still from "Madonna" (Little Big Pictures)
"Madonna" was the second movie to play at the Cannes Film Festival for Shin, who is known for creating films depicting the lives of those who are left behind by society. In this film, Shin's spotlight is shown on women who face objectification and violence as a part of everyday life, no matter where they are. But Shin says that this was not her original intention.

"The first draft of the script was called ‘VIP Ward,’" she said, mentioning that her original interest was in how the top 2 percent would receive care in a hospital. “I wondered what would happen in a hospital where the patients all came from Korea's top elite. So that story became Hae-rim’s side of the plot in ‘Madonna.’” 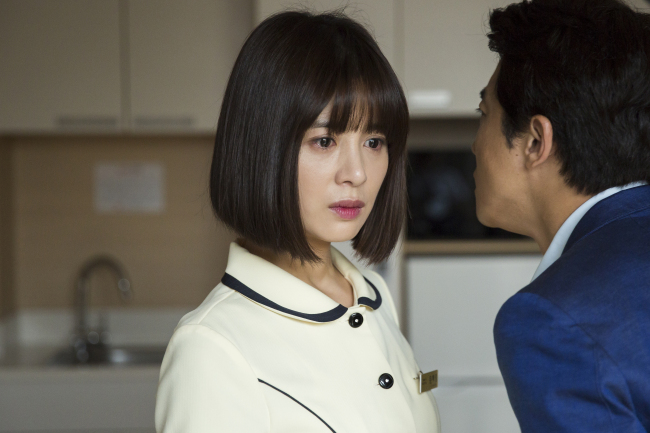 Seo Young-hee as Hae-rim in "Madonna" (Little Big Pictures)
“In ‘VIP Ward,’ I decided that I wanted the heart donor for Hae-rim‘s VIP patient to be a woman. I modeled the character after a young homeless woman I had seen, and for some reason her part of the story kept getting bigger and bigger,” Shin continued. “I gave her the nickname ‘Madonna,’ and made that the new title of the film. It felt right. Hae-rim and Madonna seemed like twins, living in two different places with two different lives.“

Hae-rim is a quiet, intensely wary woman who brushes off men’s deprecating remarks with an icy gaze, while Mina is eager for attention and reacts to abuse with bursts of tearful emotion. It is difficult to see how the characters mirror each other until well past the halfway point of the film, when a new secret is revealed about Hae-rim’s past.

“The scene comes late in the film because I wanted people to see Hae-rim without any prejudice about her past,” Shin said. “There are many people like her around us -- women who seem cold and distant, but because they‘ve had an experience where being kind to someone has just come back to hurt them. In the end, Hae-rim is just as much a victim as Mina.”

The common pain that the two women in the film go through may seem extreme to audiences, but Shin said that she did not portray a society any more cruel or horrific than that of reality.

“It’s fiction, but a lot of the plot points are based on newspaper articles and real conversations I‘ve had,” said Shin. “Women like these really do exist in a dark corner of our society, left to fend for themselves.”

Most people saw the open-ended closing of the movie, which ends in a new birth, to be a hopeful glimmer of humanity in a cruel story. However, Shin said it could go both ways. “Life is always something to be celebrated, but in today’s world, there’s no guarantee that it will be a happy life. It could be tragic.” 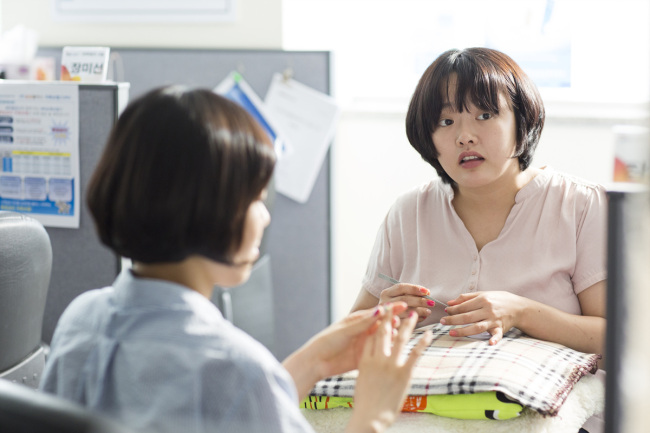 “I want the movie to make people remember that society is turning a blind eye to those whose lives have been destroyed,” she said about what she hoped to convey through “Madonna.” “None of us know what tomorrow will bring.”

“Madonna,” starring Seo Young-hee and Kwon So-hyun, premiered at the 68th Cannes Film Festival's in the Un Certain Regard category. It opens in local theaters on July 2.