But it’s only natural that he looks that way after hearing his story and understanding what kind of responsibilities he has for the hotel.

He manages five specialty restaurants, a bar and a deli, in addition to making sure breakfast, lunch and dinner are served properly to the highest standards. 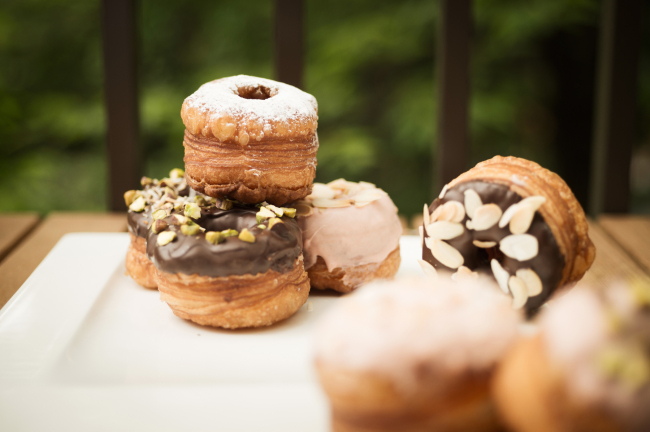 Pastries called “Namssants” designed and made by Bernhard Butz
And that’s not all. He has to prepare entirely new cuisines and menus for special occasions and events at the hotel on a regular basis.

So for Butz, who joined the Millennium Seoul Hilton last April, stress is a natural part of his job. It keeps him going and motivated to create new food with “a twist that can shock and wow” his guests.

“You need the stress, changes and challenges to get you going,” said Butz, 53, in an interview.

“I enjoy bringing something new to the plate, and create that ‘wow-effect’ for guests.”

That is why he hates rules and regulations because he said, “They keep you in a box.”

He is like the Thomas Edison of food in a sense that he always “scratches his head” trying to invent something original, authentic and memorable by going against the norm.

Working as a chef for about 35 years mostly outside of his homeland Germany, he is also like the globetrotting movie adventurer Indiana Jones, who seeks to draw inspirations from many cultures.

He watches cartoons because they can give him an idea of what kids like these days, besides reading books and magazines about food to keep himself updated and visiting various street markets. 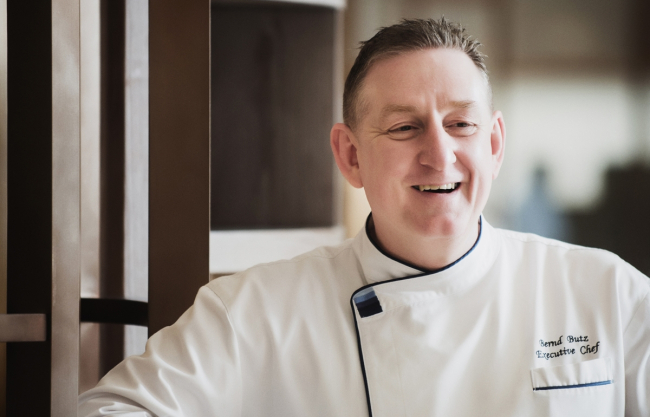 But Butz said this was nothing compared with other more famous chefs.

“Many chefs do like this. High-profile chefs have more interesting backgrounds,” he said.

His first creation at the Millennium Seoul Hilton was “Namssants” sweet pastries, which get their name from Mount Namsan, where the hotel is located, and French croissants.

“There are no limits to what you can do and create with pastries,” he said.

“In pastries, you can really blow people’s mind up, more so than with hot or cold food.”

It took him a little more than a month to conceptualize and create the pastries, in collaborations with various departments including marketing.

Butz was previously in Korea in 2000 when he worked as the No. 2 chef for JW Marriot.

He said he came back to the country because he was sold on the vision by Millennium Seoul Hilton general manager Eric Swanson to make the hotel one of the top three places to visit for food.

“I came here for two days to look around the hotel and was immediately sold on the challenging vision,” he said.

Sheraton Grande Walkerhill, InterContinental Grand Seoul Parnas and Grand Hyatt Seoul are among the hotels in Korea with competitive food and beverage services.