[ The Korea Herald – Send E-mail ]
[Herald Interview] KIPO hails Suzhou accord as IP cooperation milestone
‘This joint statement will be a milestone in the history of cooperation in intellectual property in that it guides the light on their future course of action.’
By Korea Herald
Published : Jun 11, 2015 - 20:25
Updated : Jun 11, 2015 - 21:37
Five major world economies ― the U.S., China, Japan, the European Union and Korea ― have adopted a joint statement to provide better intellectual property services to users and the public.

The agreement was reached during the eighth meeting of the heads of “IP5 Offices” in Suzhou, China, late last month. 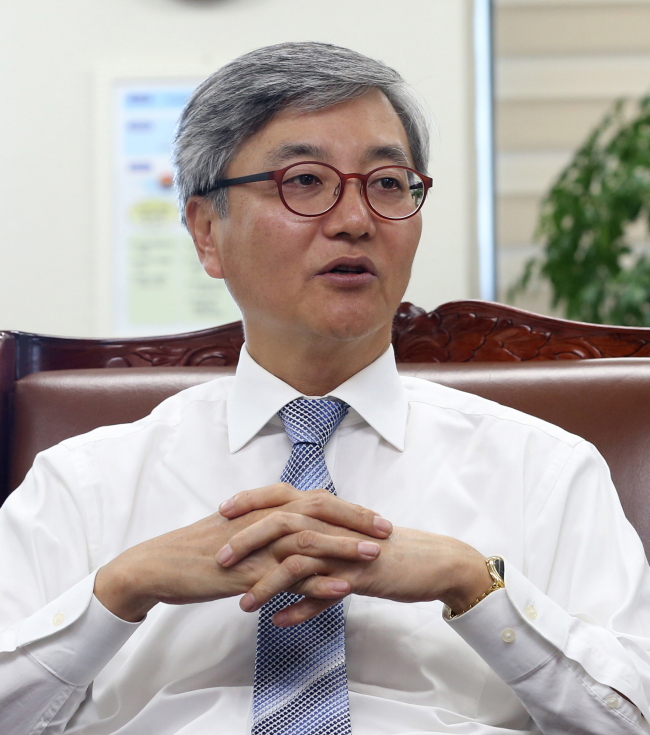 KIPO CommissionerChoi Dong-gyou
IP5, which began in 2007, is a forum of the five largest intellectual property offices in the world cooperating in order to improve the efficiency of examination processes for patents worldwide. The IP5 collectively handles over 80 percent of the world’s patent applications.

“This joint statement will be a milestone in the history of cooperation in intellectual property in that shines a guiding light on their future course of action,” Commissioner Choi Dong-gyou of the Korean Intellectual Property Office told The Korea Herald after the meeting.

The Joint Statement of the IP5 Offices listed the organization’s achievements since its establishment, and outlines areas of future activity.

“The IP5 Offices will strive to further optimize their services to users and the public, so as to enhance the role of intellectual property in stimulating innovation and promoting socio-economic development,” the joint statement read. 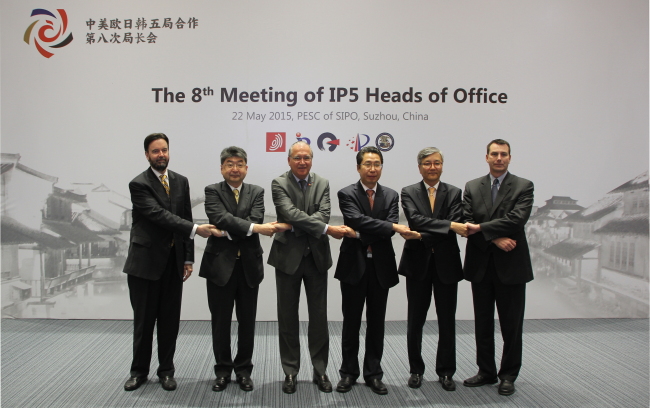 Key participants including KIPO Commissioner Choi Dong-gyou (second from right) pose during the eighth meeting of the heads of IP5 Offices in Suzhou, China, late last month. (KIPO)
The joint statement read that IP5 offices have delivered a series of benefits to the user and public among which include the Common Application Format, which allowed applicants to file for patents in a standardized manner across all IP5 offices, and mutual machine translation, which provides mutual translation between English, Chinese, Japanese and Korean.

In addition to creating a joint statement, the IP5 heads agreed to work together to continue progress to establish the global dossier system, an online system that would allow users to monitor their patent application’s status in IP5 countries, according to Choi.

He said there was “meaningful progress” in discussions about “patent harmonization,” adding that the participants detailed the direction of their cooperation in IT systems for patent deliberation.

The commissioner also said that the KIPO would begin working with the U.S. Patent and Trademark Office on the Collaborative Search Program, a work-sharing program that the Korean agency is suggesting to the IP5 as a method to improve efficiency in patent applications.

The KIPO plans to expand running the program with the other IP offices after its trial run with USPTO, he added.

The IP5 heads also shared views in how to raise the quality of patent examinations and bolster communication with the users. They proposed an OECD-style cooperation method, where IP5 carry out jointly agreed projects and individual IP offices carry out independent projects that did not reach a consensus. 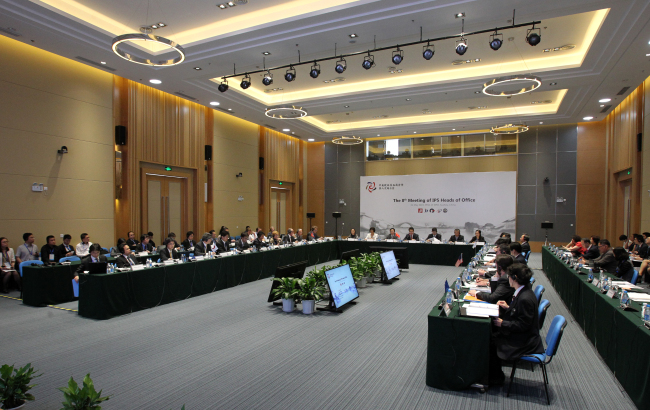 The eighth meeting of IP5 heads in Suzhou, China, late last month (KIPO)
The KIPO chief also supported the achievements of IP5, saying that the IP5 has now surpassed its original goal of organizing and solving their backlog of unexamined patent applications, and is further evolving as an organization that strives for a more convenient and efficient global patent application system.

“The cooperation of the IP5 appears to be (progressing) much faster when looking at the discussions made on intellectual property in the World Intellectual Property Organization and World Trade Organization,” the KIPO head said.

“The IP5 cooperation will hold much larger significance in the future, considering that its achievements affect the world intellectual property application system at large,” he said.