“When you put ‘K (for Korea)’ in front of something, it suddenly works magic,” Winkler said in an interview with The Korea Herald last week. He visited Seoul to speak at the International Luxury Conference 2015 held May 20-21.

“And I am definitely hoping for ‘K-crystal’ to be developed. I am sure it will soon become very trendy,” he joked. 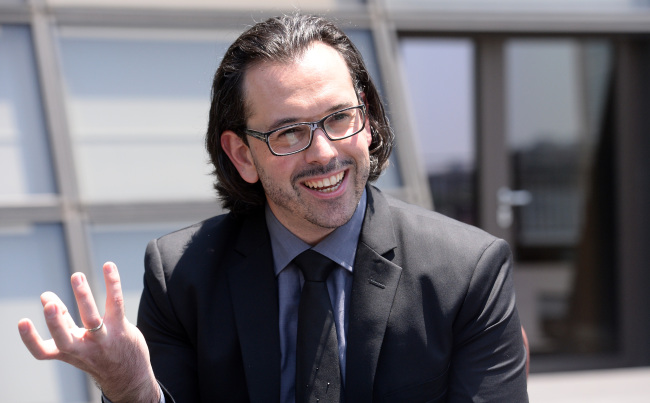 “We have developed jewelries for them. I am now pretty familiar with Big Bang and all those pop groups who are very popular among the young demographic,” he said

“And I have learned that there are many schools of K-pop emerging all over Asia. So, I think Korea is influencing people in many ways. Celebrity endorsement is opening a new market which hasn’t been there,” he added.

Another factor that brought Korea into the limelight is the so-called influx of Chinese tourists here, supposedly affected by hallyu.

Korean tourism authorities expect 7.2 million Chinese tourists to visit Korea this year, a lion’s share of the 15.5 million foreigners expected to visit during the same period.

“This means that there’s more purchasing by Chinese outside China. And of course this is a phenomenon which everybody is very aware of. We say there is a new TST (Tsmi Sha Tsui, the famous shopping district in Hong Kong) out there ― Tokyo, Seoul and Taipei,” he said.

“We are now studying how we can serve Chinese consumers better outside China. We are not only talking about the language, but also holidays and cultural background.”

In that sense, Swarovski held collaborative projects with fashion house MCM in 2011, working on a new “it” bag for Chinese consumers. It also collaborated with Korean-based fashion brand Fila. “Fila is positioned as a lifestyle brand and was a huge success. The brand just opened its flagship store in Hong Kong with Korean celebrities showing up. It just keeps getting better,” he said.