“There is a market for the $60,000 Kia car in the U.S.,” said Michael Sprague, executive vice president of sales and marketing of Kia Motors America, at the carmaker’s exhibition booth at the LA Auto Show.

“There is a niche market for people who don’t want traditional German and American luxury cars and are independent thinkers who would like to stand out in a crowd.” 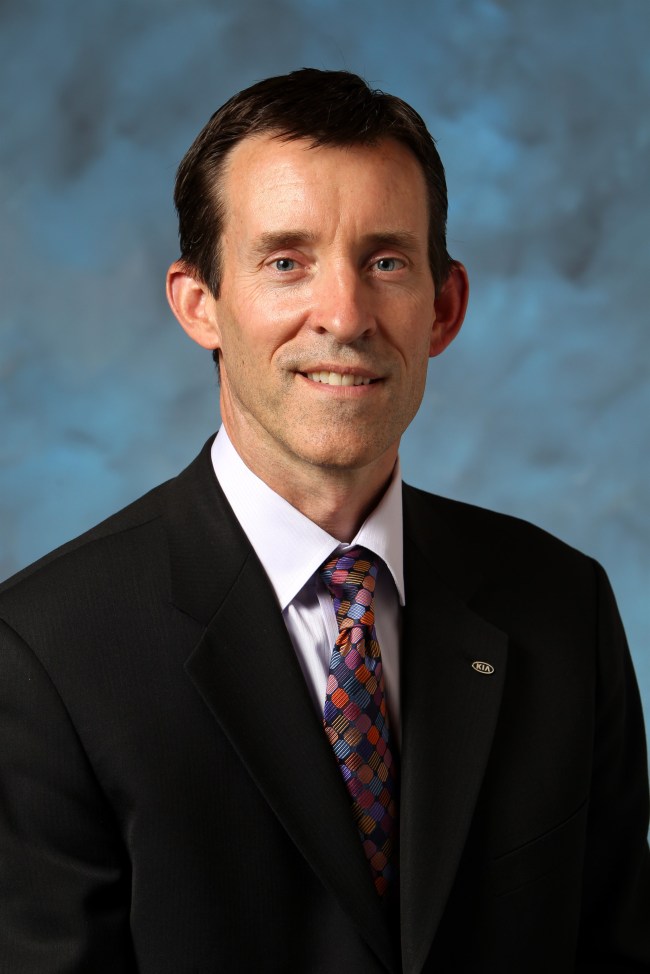 Kia Motors’ U.S. sales chief Michael Sprague
Kia, whose best-selling cars in the U.S. include the Optima midsize sedan and the Soul box car, launched its first rear-wheel-drive luxury sedan, the K900 or the K9 in Korea, in 2013.

Playing with the “big boys” in the market such as BMW and Mercedes-Benz, the car comes equipped with a powerful engine and plenty of luxury features. For the latest model, the carmaker has equipped it with a 5.0-liter, V8, 420-horsepower engine.

But the sales so far have been lackluster. Kia had set a goal of selling 5,000 K900 vehicles annually, but as of October, only 1,000 units had been sold.

“There are tier-two players like Infiniti and Lincoln Volvo. It’s a matter of time because every buyer is not always in the market at the same time,” he said.

The U.S. sales chief added that the K900 was serving as a symbolic vehicle for other Kia brands, stressing the car is part of a long-term strategy.

He also showed confidence that Kia can compete with Japanese brands that are beefing up their offensive, buoyed by a favorable currency.

“It is true that there are consumers who still don’t know much about the Kia brand or remember the old Kia. We have been here for 20 years, while other Japanese carmakers entered the market 40 to 60 years ago,” he said.

“But the new Kia has been well embraced by the U.S. consumers in recent years. When we look at the whole picture ― design, technology, safety and driving dynamics ― I believe we still have an advantage over our rivals.”