The convention on transparency in treaty-based investor-state arbitration would provide access to settlement procedures, documents and hearings that were kept secret in the past.

The upgraded rules took effect in April and awaits a final adoption at the U.N. General Assembly’s plenary session by the end of this year. They could be applied to settlements arising under nearly 3,000 investment accords clinched before April 1, 2014.

Many governments, however, remain reluctant to adopt the standards on concerns that they could become targets of public criticism by revealing sensitive proceedings. Upon the recent conclusion of a free trade deal, Seoul and Canberra agreed not to apply the standards to its investor-state dispute clauses in line with Australia’s domestic law.

“Investment arbitration is being currently challenged in various parts of the world, including in this region,” Renaud Sorieul, secretary of the U.N. Commission on International Trade Law, said in an interview with The Korea Herald on Monday. 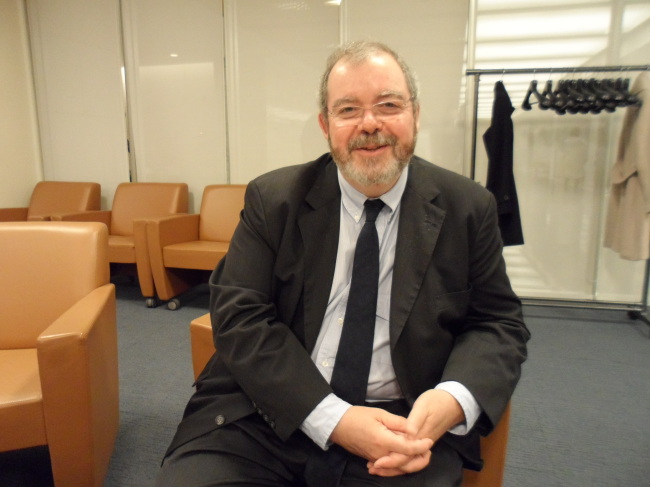 Renaud Sorieul, secretary of the U.N. Commission on International Trade Law. (Shin Hyon-hee/The Korea Herald)
Though critics consider it “excessive,” the convention is “extremely balanced in general,” he claimed, serving the interests of states while addressing taxpayers’ concerns.

“They were found acceptable by countries that are extremely serious about protecting not only their national security but trade secrets and various types of confidential information, which are quite strongly protected under those rules,” Sorieul said.

“I would be more worried about the future of investment arbitration if nothing is done to bring more visibility to steps that may be taking into account the interests of taxpayers, environmental protection or other various interests that are generally seen to be protected by transparency measures. I think ultimately it will benefit states.”

The French-born former magistrate was visiting Seoul to take part in a conference on Asia-Pacific perspectives on international commercial arbitration. The two-day event was held at the Korean Chamber of Commerce and hosted by the UNCITRAL Regional Center for Asia and the Pacific, the Ministry of Justice and the Korean Commercial Arbitration Board.

He is director of the International Trade Law Division of the U.N. Office of Legal Affairs, which also functions as the UNCITRAL secretariat. He took up the position in 2008.

The Vienna-based organization runs its sole regional center in Incheon for Asia and the Pacific. Han Choong-hee, a deputy representative to Korea’s mission to the U.N. in New York, currently serves as chair of the organization.

Albeit being a newcomer, Korea is emerging as an “aspiring hub” to conduct arbitration proceedings with UNCITRAL’s regional center and the International Dispute Resolution Center set up in Seoul last year, Sorieul said.

“Korea is a country which is very actively trying to position itself as arbitration-friendly, as a potential hub for arbitration certainly among the neighboring countries and possibly more broadly in the region,” he noted, calling for the country’s ratification of the transparency convention.

“These instruments are interesting in themselves in facilitating the modernization of legislation in the country, but perhaps more importantly, it sends a very powerful message to international counterparts, trading partners and investors that it wishes to be taken seriously as a player in international transaction.”

Han, a career diplomat with experiences in North American, North Korea and cultural diplomatic affairs, stressed the significance of trade and related legal frameworks especially in the face of the rise of online commerce.

“Now I think it’s time to put forward some kind of a rule-based commercial legal framework to harmonize these international commerce transactions and activities, so we can boost our trade. And eventually that will help a post-2015 agenda for common development challenges,” he added.

“This is where UNCITRAL is sitting at the moment. … As we have a rising moment of business activities online, without borders, we’re expecting online disputes. Also, we have increased expectations of arbitration and the importance of paperless proof of ownership online and transfers of that ownership.”