Announcing that it had successfully attracted funds from the mobile messenger operators, the Seoul-based mobile game company said Monday that it would become a global powerhouse in the game designing market.

“With the latest investment, 4:33 has secured reliable partners, Tencent and Line, which have a combined number of more than 1 billion subscribers in global markets including China, Japan and Southeast Asia,” So Tae-hwan, cochief executive officer of the mobile game firm said in a press release. 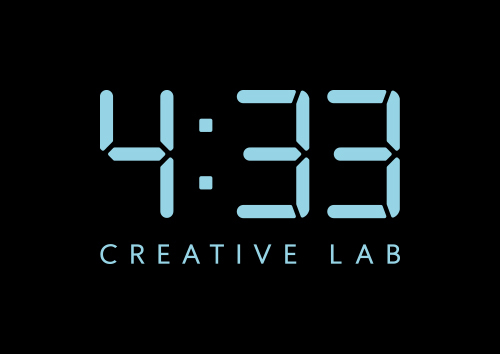 The logo of mobile game publisher 4:33 Creative Lab. (4:33 Creative Lab)
“The project will create a thousand possibilities for success and help revive the domestic game market, too,” he added.

Tencent and Line Corp. run the mobile messengers WeChat and Line, respectively, which have 600 million and 560 million subscribers worldwide.

4:33 declined to reveal the exact amount of the investment, but said it would soon unveil details of the deal.

The newly raised investment is expected to set in motion the so-called “10x10x10 project,” through which the company aims to debut 10 games in 10 countries and list 10 game companies on stock markets.

The goal of the project is to identify promising local developers and their games and help them enter the global market, the company said.

“4:33, which has achieved much success with its own mobile games including ‘Arrow’ and ‘Blade,’ will be able to help game start-ups increase their presence in the game market,” a 4:33 official said.

The South Korean game designer is planning to go public next year in South Korea.