She spent a few months traveling Europe, then a couple of months more in the U.S., but still had no clue as to what her post-retirement life would be like, despite reaching 60.

Then a short trip to Africa changed it all.

“I believe it was God’s calling,” she said in an interview in Seoul last month, describing a series of events that prompted her to devote her later life to charity work in Malawi. 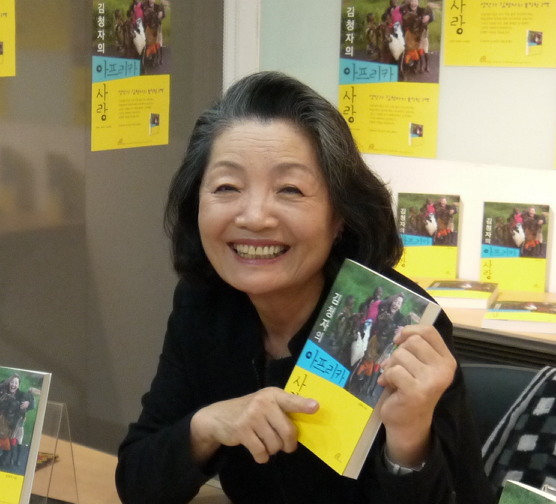 Kim Chung-ja
In one such event, she encountered a dozen or so children during a nightly walk in a Zambian town.

“They came running into my arms, as if they would penetrate right through me, through my heart,” she said.

In early 2010, at age 65, she retired from the university, ending a four-decade career in music. She knew it was the opening of a new chapter in her life.

She sold her house in Yongin, Gyeonggi Province, to raise money for charity work in Africa and enlisted around 150 people as regular donors.

In September that year, she moved to Karonga, in northern Malawi, one of the poorest countries in the world. She settled down in an orphan’s community in a small town called Lusubilo. 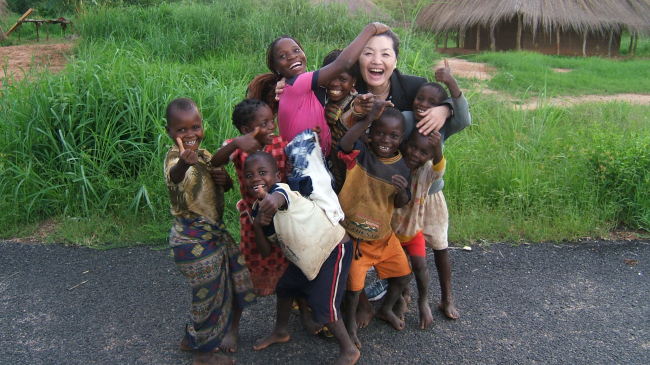 Kim Chung-ja, a retired mezzo-soprano, is surrounded by children in Karonga, northern Malawi. (Kim Chung-ja)
Since then, her life has been about turning the impossible into the possible. She set out on charitable projects to dig ponds, build classrooms and set up and run youth centers.

“Because I live there, I see where the money is best spent,” she explained. “I may not change the whole of Africa, but still can do things to make this small town happier.”

The number of students swelled from 10 in 2011 to about 50 now. Two of them now study at the KNUA in Seoul, a prestigious arts university where Kim used to teach. The Lusubilo Band, with her help, won the top prize in Malawi’s national music contest in 2012.

“I can see in their eyes their genuine passion for music. They remind me of my youth,” she said.

Growing up, she always had that thirst for music.

At age 11, she was introduced to the world of piano at a Catholic Cathedral, where she was baptized. Irish priests taught her how to play.

Her family was not that well off and could not pay for her music training, but for some reason she had always believed that one day she will go to Germany to study music.

That dream became reality through some unlikely turns in her life.

In 1963, after graduating from a high school, she landed in Germany as part of a group of nursing assistants. At that time, many young Koreans worked in Germany as nurses, miners and industrial trainees.

At a hospital where she worked, she met sponsors who later provided her with music education. Only five months after her arrival in Germany, she enrolled in Leopold Mozart Conservatorium, majoring in piano and voice. With a stipend from a group of Korean Catholics in Germany, she moved on to study at the prestigious University of Music and Performing Arts in Austria.

In 1970, she became the first Korean to debut on the European opera house, appearing in “The Clemency of Titus” at the Bern City Theater in Switzerland.

“I am indebted to so many people,” said Kim, who is known by her baptismal name Agnes in Europe. “This is my way of paying them back.”

She returned to Seoul for a visit last month, with 11 members of Lusubilo Band. The band had three performances at the National Theater from Oct. 22-24.

The Malawians have all returned home, but Kim stayed behind for promotion of her recently published autobiography, “Chung-ja Kim and Her Love for Africa.” All proceeds of the book will go to her charity fund, she said.

“I will give my all ― my time, talent and material wealth ― to the people of Karonga, until the day God calls me home.”