[ The Korea Herald – Send E-mail ]
[Herald Interview] More than a language exchange program
YFU Korea seeks to train students as ‘grassroots diplomats’ for educational and cultural exchange
By Yoon Min-sik
Published : Nov 6, 2014 - 21:15
Updated : Nov 6, 2014 - 21:15
Back in the late 1980s, a group of Japanese volunteers visited Korea as part of a small-scale exchange program between the two countries.

During their visit to the Independence Hall of Korea, a Korean history museum, some of them broke down after confronting Japan’s atrocities during World War II.

“They told me they did not realize Japan had done such terrible things here. It’s something that they rarely learned at school,” said Shin Chung-ha, the founding president of YFU International Korea, a local branch of the global student exchange program Youth for Understanding.

Shin said he felt the need to promote intercultural relations to form a mutually beneficial partnership between Korea and Japan. His experiences are reflected in the student exchange programs at YFU Korea as they focus not only on education, but also on cultural exchange.

“Our students are not just students, they are diplomats. In YFU terms, they’re grassroots diplomats entrusted with the task of learning about other countries and helping those in other countries learn about Korea,” he said. 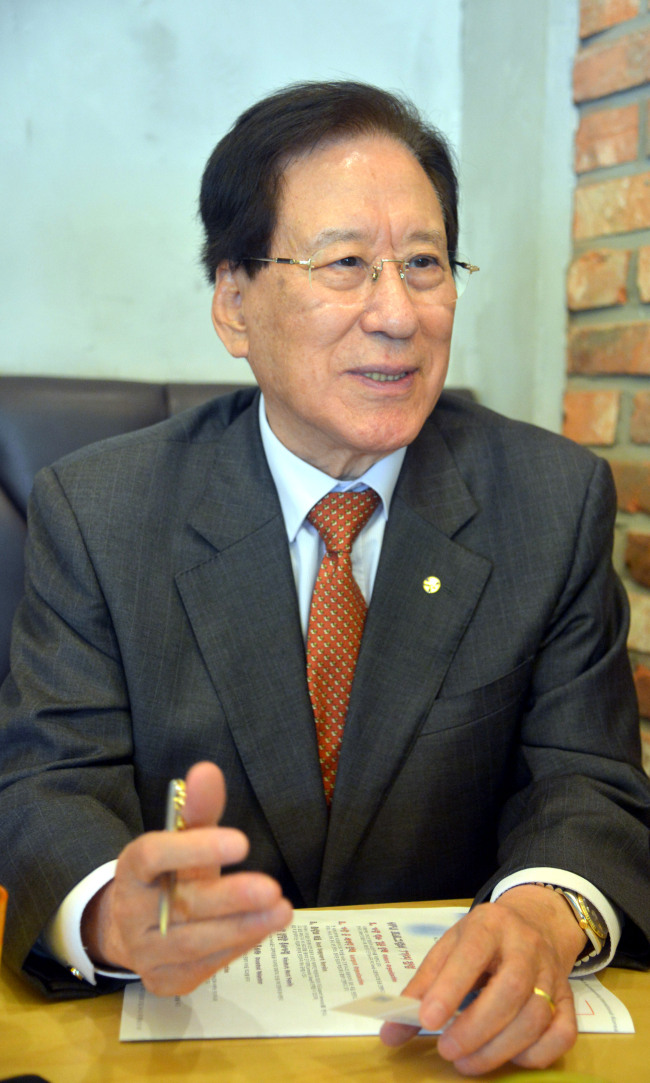 Shin’s attempt to involve Korean students in international exchange programs can be traced back to 1989, when YFU International Korea was founded. The organization mirrored YFU’s founding purpose ― forming a bridge between two former adversaries ― when it started a program between the United States and Germany in 1951 to resolve the animosity left over from World War II.

The organization currently has branches in 65 countries.

YFU International Korea has so far sent 1,900 students abroad and has taken in 500, working with 17 countries including the U.S., Japan, Germany, Finland, China, Denmark and Australia.

The group has recruited students heading to Chile for the 2015 school year, as part of its effort to add South American countries as potential destinations for students.

This year, 74 Korean students went to other countries, while 30 international students came here.

Students in high school or in the final year of middle school can take part in the exchange program, while students aged 17-23 can apply for community college programs.

Students with a GPA of C or above ― 70 points out of 100 in a point-based grading system ― can apply for the programs. After passing an English test, students and parents attend interviews during which organizers ask about their willingness to participate in the programs and check whether they will keep an open mind toward new cultures.

Being open-minded about other cultures is the key characteristic of the YFU programs, Shin said.

Before their departure, these “cultural diplomats” attend orientation sessions to learn about Korean traditional music and dance.

As exchange students spread Korean culture and also learn about the culture of their host countries at a young age, the long-term impact can be considerable.

“It’s what I’d like to call the 20-80 principle. What students learn in their 20s can affect their lives until they reach 80,” he said, comparing it to the Pareto Principle that says 80 percent of the effects come from 20 percent of the causes.

Before heading the YFU Korea, Shin had worked for 30 years with World Vision, a relief and development NGO, where he helped children suffering from leprosy to adjust to society.

Shin noticed that education played an important role in getting those children to stand on their own two feet, an experience that led to his emphasis on education.

The biggest challenge for YFU International Korea is to sign up more volunteer home stay families for visiting foreign students. Convincing parents to lodge a foreign student for a minimum of a year is no easy task.

Currently, the volunteer host families in Korea are largely made up of those who have already sent their children to other countries under the exchange programs.